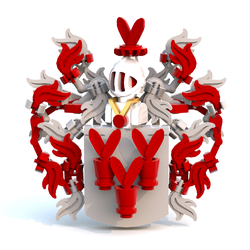 The Half Blood Baron
13
47
days left
This is a model of a Soyuz capsule. The Soyuz is the vessel that brings astronauts to the International Space Station and back. The capsule consists of three modules. In the front is the Orbital Module, which is where the supplies are and where the crew can go when they are in space. In the middle is the Descent module. This is where the astronauts sit during launch and descent. In the back is the Service Module. It has solar panels on it and it contains the engines, instruments and fuel.
I built this model because I already made two versions of the Soyuz rocket, so I thought this model would go well with those two. It also is a nice and small model to put on your desk for display.
The reason why this would make a good model is because, as mentioned before, it is nice and small, but still detailed and it would go well with other space models that Lego already made.
13
47
days left