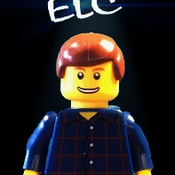 Basically this is the Imperial Cargo Shuttle starring in the new Star Wars movie: Rogue One. This ship a Zeta Class shuttle from the Titanium series and is used by the Empire.

This minifigure-scaled version I made is equipped with wings that can be folded down as well as place for 2 minifigures, a cargo compartiment with space for an orange crate and a landing gear. In de back, there is place for 4 minifigures.

I tried to be as accurate as I could when making this ship, as this is one of my biggest projects ever made. I really think this should be a real Lego set as it is a key ship in the movie. In my opinion, the ship looks just awesome and it has a high playability. Thats why I think this moc can be a cool idea for a Lego set. Find a whole review of this Moc on my Youtube Channel: