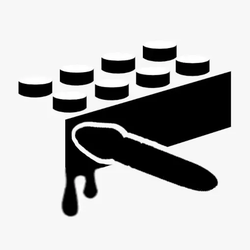 I am the Brickasso, and this is my new user, with my newest project. This time I really think you’ll like my idea. Have you ever been to a LEGOLAND? There is several of them located around the world and it’s one of the most fun places on earth. :D

Whenever I went to one I have always considered if it was possible to build the actual entrance in LEGO bricks, so of course I tried to do so. Now I am proud to say and present the model of the entrance to the best brick themed park in the world.

Now this model is made to be the one that is located in the original LEGOLAND in Billund Denmark. Which means it’s an exact replica of the gate in Billund. However most of the entrances to the different LEGOLANDS are mostly similar, so with a few add on bricks you can also make it exactly like the one in your country.

Otherwise use your imagination! The principal in the LEGOLAND gate is to make an entrance from a bucket of mixed bricks, which over the years have become ironic, since some of the bricks in the gate now are rare and hard to find. Therefor I believe it would be a good set to get, so we can get the old bricks again and allover I also just think it’s a fun set.

With the entrance itself comes a couple of minifigures and a ticket stand shaped like a 1x1 brick. There are two guests to the park and a lego land employee, who can sell the tickets. With him I have added the old LEGOLAND ambassador shirt, which I would love to get redesigned by the LEGO company’s professional designers.

So what do you think? Tell me in the comments and remember to vote, if you want this set to become a reality!