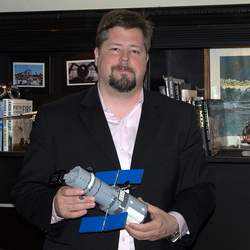 On November 12, 2014 the European Space Agency landed the Philae lander on the comet 67P/Churyumov–Gerasimenko after separating from its mother ship Rosetta.

The world watched as a tiny spacecraft no bigger than some washing machines landed on a piece of the solar system that dated back to it's beginnings.

This is my model to celebrate this historic step in the exploration of our solar system.
It includes:

Congratulations to one and all who contributed to the Rosetta and Philae spacecraft as well as all those whose work is just not beginning after today’s landing!

More information about the spacecraft and some of the experiments: