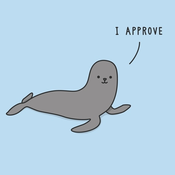 I was inspired to build a haunted mansion this summer. I had this concept of it being set back in the 1930's with characters and styles from that era. There are various hidden doors, treasures, and monsters throughout the building. For example, there is a diamond hidden inside the grandfather clock, and the bookcase swings open to reveal a safe. To go along with the mansion I built a Model T Ford and a zombie infested graveyard!

I'm very happy with the way everything turned out. The people in the set include a businessman, a gangster, an old woman in a wheelchair, two actresses, a hobo, a detective, a creepy butler, 3 zombies, and a werewolf. I would love to see LEGO make something like this because it would be an awesome toy or decoration to build for Halloween, and I think the 1930's is a very cool era that is often overlooked in LEGO sets.