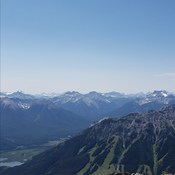 This car is a Series II Jaguar E-Type, or XKE, one of my favorite cars. Enzo Ferrari called it "The most beautiful car ever made", and so did many other people. I made it because I love the car, and also because I wanted to have my own E-Type

The E-Type was made in England by Jaguar from 1961 to 1975. It was made in three series, the series 1, series 2, and series 3. They were all changed just slightly from the previous series. The most collectible series is the series 1. The series 1 and 2 had straight six engines, but the series 3 had a V12 engine that also would be used in later cars. A total of 72,515 E-Types were built.

It I about the same scale as all of the other Lego cars (VW bus, beetle, Mini, and more)

Hope you enjoy it!