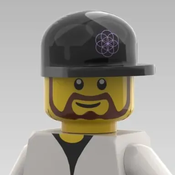 More new participators of the space race. The last two space ship of the space race series … for the moment. Red Shadow is a powerful jet and the first winner of my son’s intergalactic space race of all eight space ships we build. Dark Wing was built to have a competitor for Red Shadow, out of some bricks from the Ford GT (not my idea). My son like to play races with the space ships, therefore we build a start/end gate for passing (no foto here, it is not final).

Maybe you vote for a spaceship you liked most out of the four parts in the comments. So I can create an update with the most liked ships with some better pictures.

Thanks for supporting all our lego ideas. Next time something different …