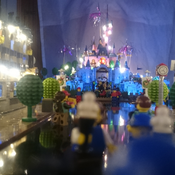 Dear All, i'm back after a long technical issue, which cut me to access on my project.
Anyway, as mentioned, this is a prototype, you have to know that this set was made years ago, late 90's, with pieces from several lego sets (Lunar space, Medieval, Technics, Etc).
At that time, you have to imagine that some colors and forms didn't existed. 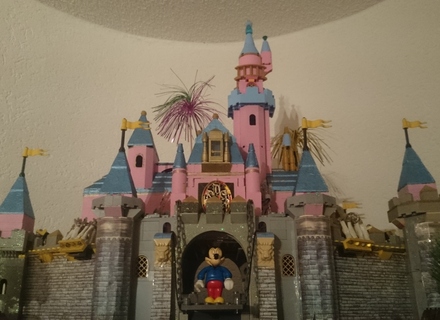 This is the oldest one, "Disneyland California". It was complexe to make it, i was a teenager, living with my parents. I did some several modifications to celebrate the 60Th Anniversary too :D

Thanks to all of you who believed in it.
Take care 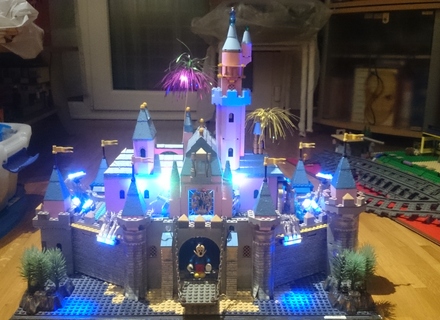 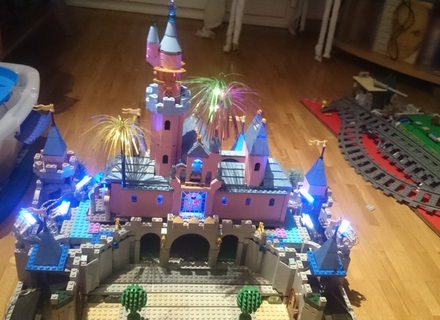 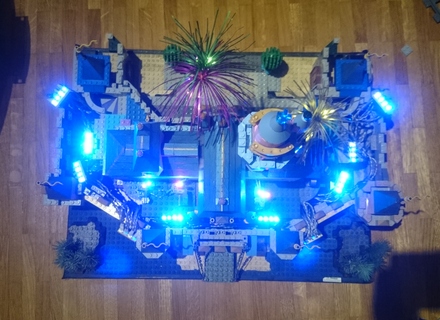