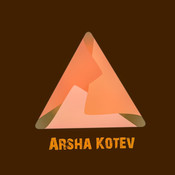 By Arsha Kotev
29 comments
Undertale is a role-playing video game created by indie developer Toby Fox. The player controls a child who has fallen into the Underground: a large, secluded region under the surface of the Earth, separated by a magic barrier. The player meets various monsters during the journey back to the surface. The combat system involves the player navigating through mini attacks by the opponent. They can opt to pacify or subdue monsters in order to spare them instead of killing them. These choices affect the game, with the dialogue, characters, and story changing based on outcomes.
I really love the Undertale universe. Toby Fox made a wonderful game with great soundtrack and characters. I created the display that inspired by boss fight with Sans in the bad ending. As you can see, this building includes Sans figure in the style of Brickheadz and part of Judgement Hall.
Undertale has a big community, and most of them like LEGO. Also, people who don't like this game can buy it as unusuall collectible display with well-detailed Brickheadz figure.