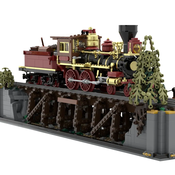 Gilligan's Island was a show that ran for a total of 98 episodes. The first season, consisting of 36 episodes, was filmed in black and white. These episodes were later colorized for syndacation The show's second and third seasons (62 episodes) and the three television movie sequels (aired between 1978 and 1982) were filmed in color.

They are there for a long time and originally it was a six hour tour and not a three hour one.  There is a total of 98 episodes and in those episodes there is many comedic advunturs where the zeven people are put through alot of funny things.  Hope you enjoy this project, please support and share!