By thedoctor07
41 comments
During April of 2012 marvel released their block buster film Avengers Assemble which has become one of the greatest superhero movies of all time! About one third of this movie was set aboard the amazing SHIELD HELICARRIER which is widely known in the marvel universe as the flying mobile headquarters of the world peace keeping organisation known as SHIELD. The Helicarrier in the avengers is propelled up and made able to fly due to four large fans [two fans attached on each side of the boat] and is able to fly with only 3 operational. This build is a representation of the helicarrier that appears in the feature film Avengers Assemble and now Captain America 2 the winter solider. I used reference pictures that I found on Google as well as some screen shots from the movie to stay as true to the movies design as possible in Lego form.

If you love Marvel comics or Marvels movies please support this project. and my other projects 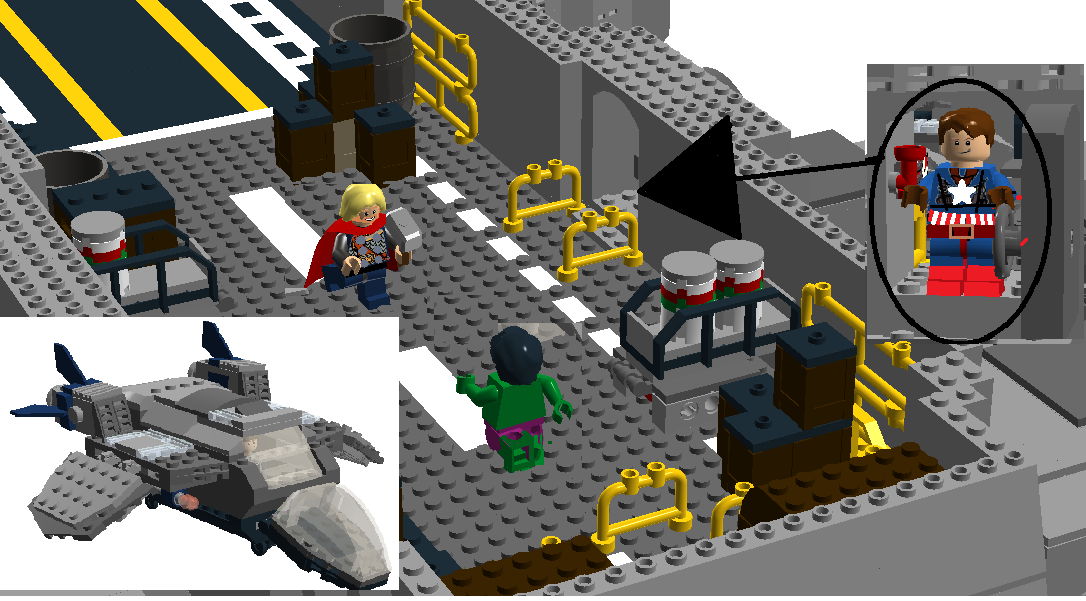 The helicarrier has two runways on the outer decks, one of which leads into a hanger bay. The other run strip is situated above the hanger and is diagonal and also has the control tower with a small interior. I built the hanger bay as I thought that it was an important part to put in as it is where Thor and hulk have a major fight which levels most of the hangar bay. The hangar bay has some crates and railings that hulk and thor can attack each other with and there is also a small door that lead out to one of the main engine's and also features the red leaver and control panel that captain America helps iron man/ tony stark with to repair the engine.

there will also be a mid scale quin jet that can fit on the run way above the hanger that can fit a minifig inside. 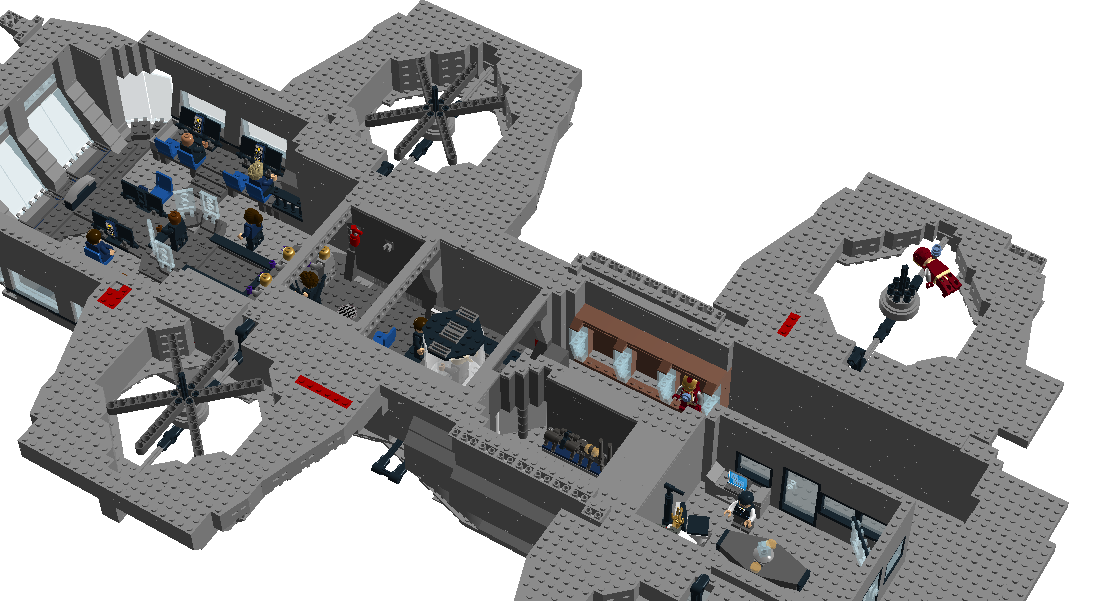 Inside the main body of the helicarrier there is five rooms: the main bridge, a meeting area, Loki’s cell, a weapons room and dr Bruce Banners lab as well as a place for tony to store his armour or any other hero to leave their costumes as seen above. 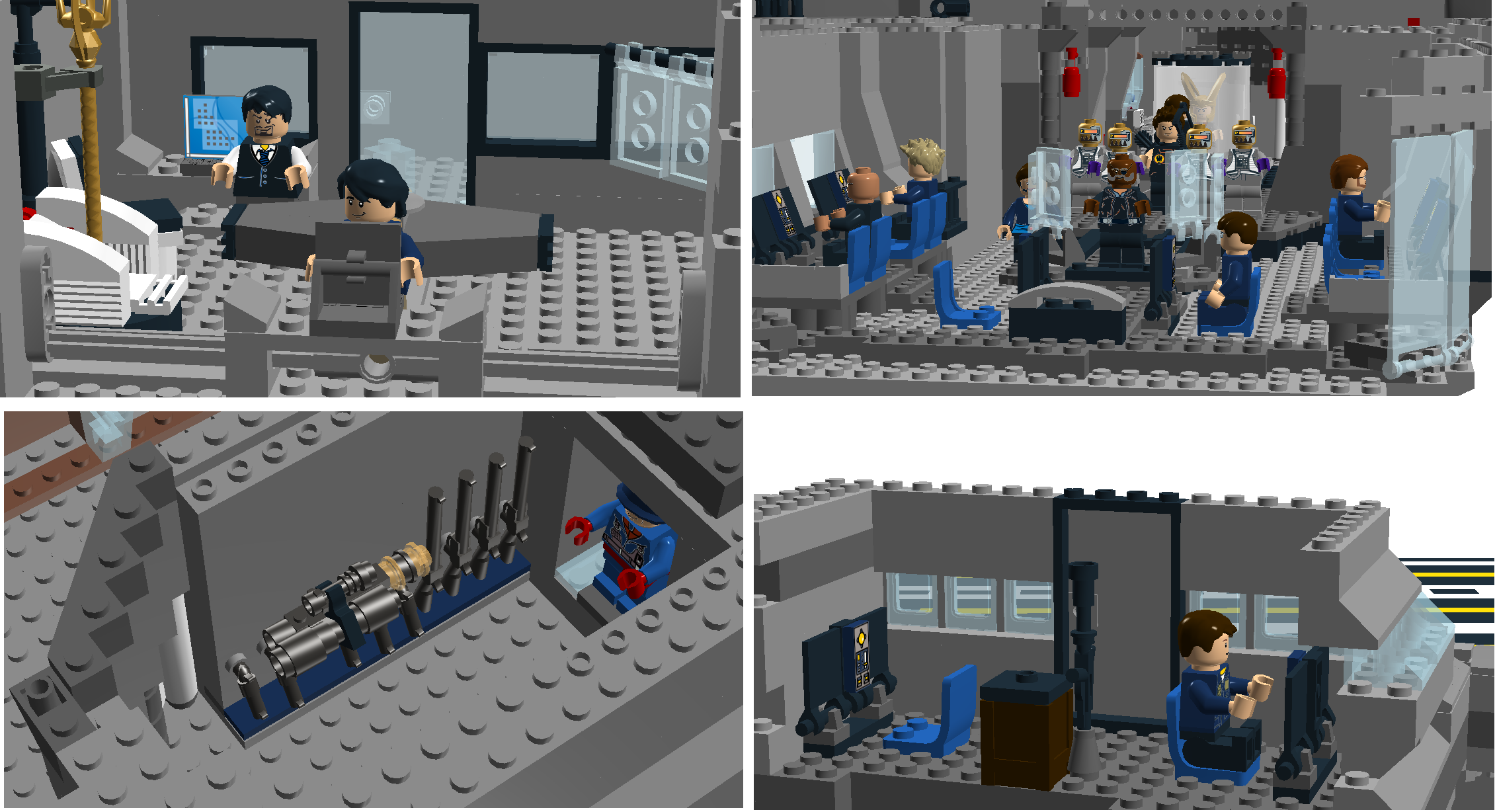 Here is a better look at some of the interior rooms as well as the control tower from the exterior.
The main bridge features the main steering area, director fury’s area with his computers and several areas spread around the bridge with computers and seats for some of the agents or heroes.
The weapons room includes agent Coulson’s destroyer gun as seen above as well as rifles for the agents on either wall as well as a place for caps costume to be stored in and some spare weapons for the avengers[ Hawkeyes bow and a quiver, black widows pistols, caps shield and thor’s hammer]
The control tower features two computer terminals and a crate as well as a rocket launcher for nick fury.
Dr Banners lab has a table with the teseract on it, a place for Loki’s staff to be kept, two desks with computers for Bruce and Tony to work at as well as wall mounted computer screens 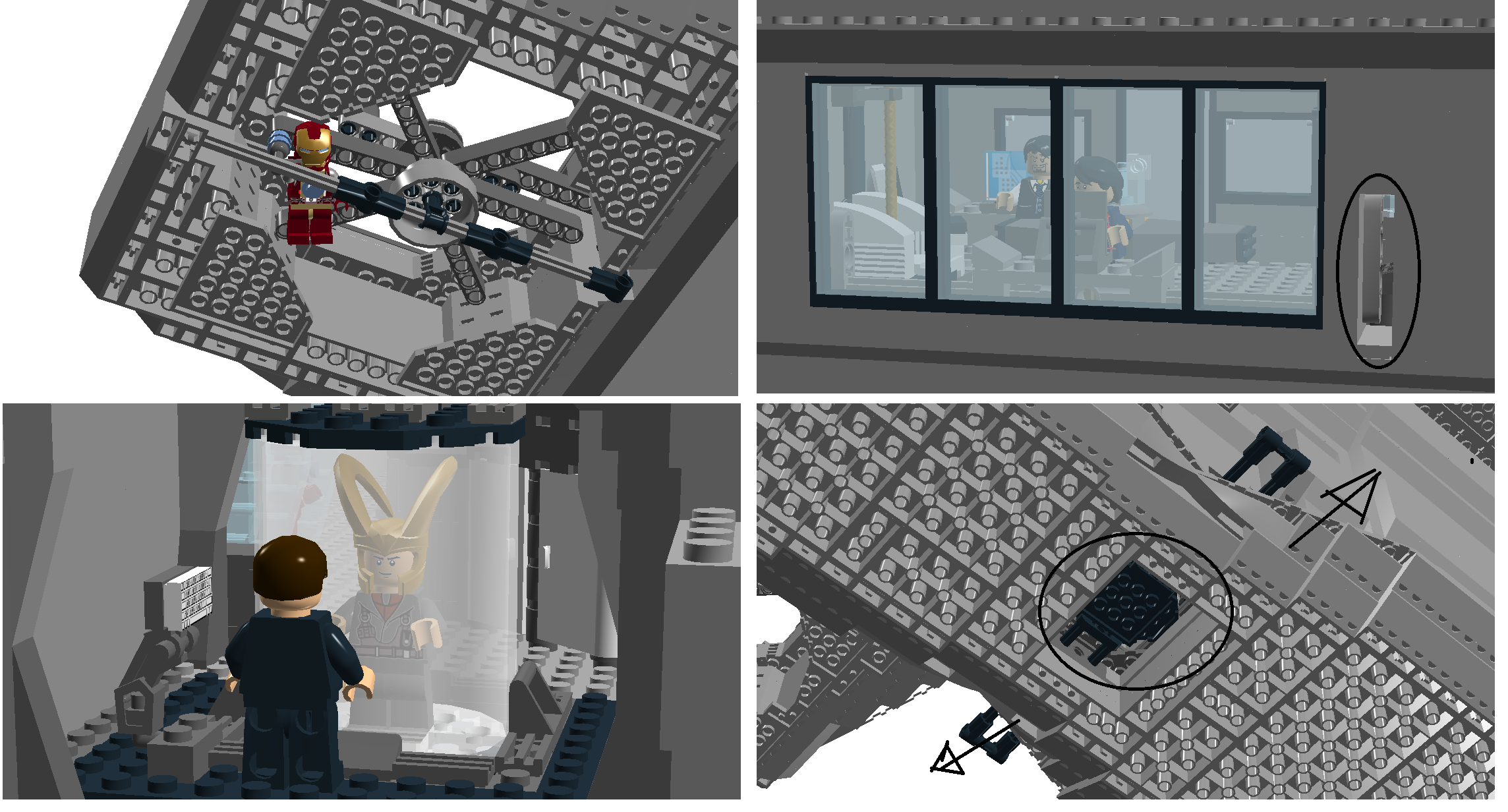 The play features of the helicarrier included in this model is:

That all the engines can rotate and iron man can be attached to one of the engines to fix it just like the movie.

Another one of the features is that the large window outside dr banners lab can be destroyed by pulling the lever seen in the above picture for when Bruce turns into the hulk and goes on a rampage.

The final play feature is so that you can recreate the scene from the movie where Loki is trapped in his cell and escapes and traps Thor and drops him out of the helicarrier, Loki’s cell can be dropped by pulling out the supports on either side as shown above.

thanks for looking. excelsior!!!