Inside Out - Riley's Headquarters 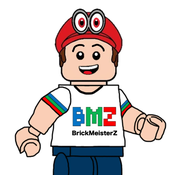 By BrickMeisterZ
30 comments
Disney Pixar's 2015 "Inside Out" was one of my favorite movies. I really liked how the different emotions were represented as interesting characters. In this build, I tried to recreate some of the original Pixar magic of the film.
Some of the highlights of this set include: Riley's Headquarters, emotion control panel, core memory holder, Circle of Sadness, and the Islands of Personality (Goofball Island, Friendship Island, Hockey Island, Honesty Island, and Family Island - Minnesota version). The five islands are connected to the back of Headquarters. The best part of this set are the new minifigures, including Joy, Sadness, Fear, Disgust, and Anger.
This set includes almost 2,000 pieces. I hope you like this project as much as I liked building it.