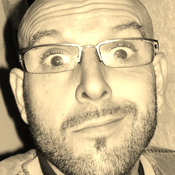 The Group 2 racing class referred to regulations for cars in touring car racing and rallying, as regulated by the FIA. Group 2 was replaced by Group A in 1982.

The FIA established Appendix J regulations for Touring and GT cars for 1954 and the term Group 2 was in use to define Touring Cars in the Appendix J of 1959. By 1961 Appendix J included specifications for both Group 1 Series Touring Cars and Group 2 Improved Touring Cars with a minimum production of 1,000 units in twelve consecutive months required to allow homologation of a model into either group.Technical modifications beyond those allowed for Group 1 cars were permitted in Group 2.