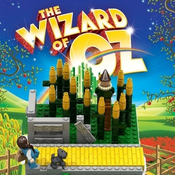 This project has about 6,000 pieces and will include five minifigures. Those minifigures are: Batman, Poison Ivy, Robin, and two brainwashed goons. This project is also on Rebrick for the 75th Anniversary Batman Building Contest.

From Wikipedia:  There's a large building wrapped in large vines with brainwashed goons guarding it on a connected bridge is Arkham City,  that is no other than Poison Ivy's Lair. When all inmates were transferred to Arkham City, Ivy kept to herself in an observatory with brainwashed inmates and soldiers guarding her, however Ivy wanted to keep humanity away. Thank you for all your support!