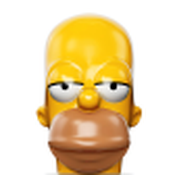 You may be familiar with this hit comedy, airing on NBC from 2005 to 2013, about an American paper supply company called Dunder-Mifflin.

Additionally, I think this is a plausible idea, considering the fact The Simpsons were made into a theme, and that show is about equally as appropriate as The Office is. 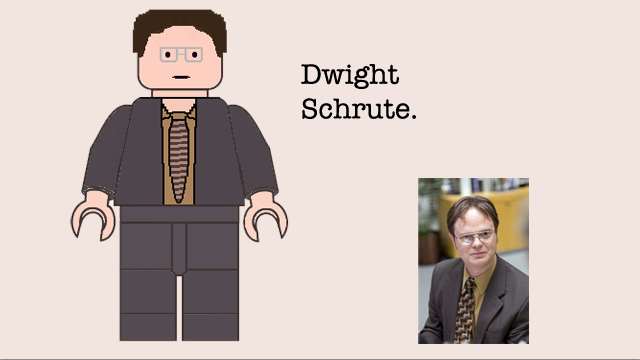 This photo showcases the Dwight minifigure. A real minifigure will come soon, along with the rest of The Office characters. 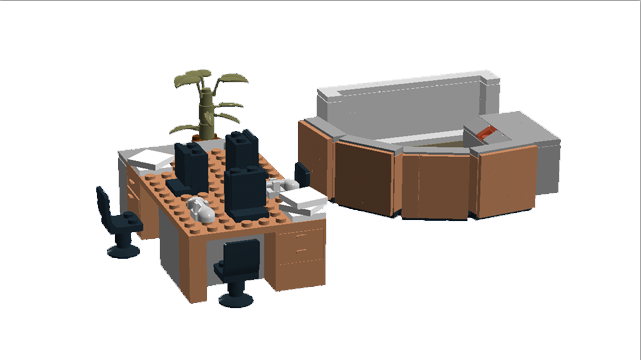 This shot is of the actual office scene. This set will be approximately 250 pieces, priced at about $30. 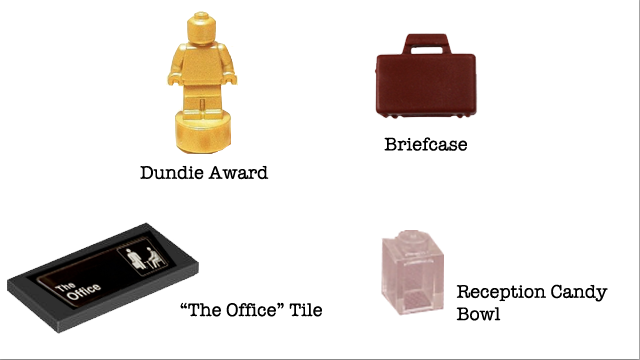 Some more accessories for the model. These include Michael's Dundie Award, Dwight's Briefcase, "The Office" Tile from the show's intro, and Pam's Reception Candy Bowl.