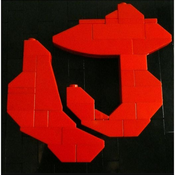 Unfortunately, tests one and two were inconclusive. Due to the number of test subjects that ended in an unfortunate accident with a mashy spike plate and some malfunctioning turrets, another round of testing is required to fully reach a conclusion!

The lab boys have spent a lot of time making sure that this test won’t remove any important extremities that you’ll need for future tests. Because we don’t want to lose important time re-attaching those pesky limbs!

As one of the original members of the Thinking With Portals project, I’m very pleased to announce a new Portal 2 project featuring a fully updated, and much more advanced model of everybody’s favorite robot antagonist!

With the news that LEGO will be adding Chell to the playable character line-up of their LEGO Dimensions game, could there possibly be a better time to try to bring GlaDos back to life?

The original Thinking With Portals project went completely viral, and after being featured on many popular blogs like i09, PCgamer, and Kotaku, it garnered 10,000 supporters in two weeks.

The upcoming launch of the Dimensions sets brings with it a new mold for the Portal gun, a piece that's key to the success of any Portal LEGO set. With that most important piece being added to LEGO's official parts line-up, I feel that this project will be much more likely to pass the review phase!

Seeing as the GlaDos playset was my baby on the original project, I’ve wanted to create a standalone project for her ever since the original idea was rejected.

The only part of this model that’s stayed the same as the original is the head. Everything else has been built from the ground up, and has been restructured to be as playable as possible. Now you can recreate iconic scenes from the game without fear of breaking GlaDos into a million pieces, and throwing them in a fire.