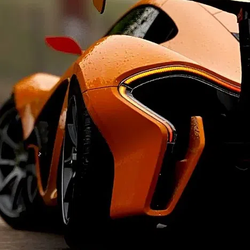 Since I was young, I find LEGO snakes interesting because you can play with them and drag them. They can also be rolled up and rolled out. They have many highly developed senses as well as powers that resemble those of fictional movies. Now that I have more experience in LEGOs, I decided to build one in the smallest detail.

Rattlesnake. These snakes fascinate me by their ferocity and the speed of their attacks. They are also able to hide in the sand and "disappear" in the eyes of their prey and their opponents.

These snakes are distinguished from viperinae by their heat-sensitive bodies.

This incredible power, sensitive to infrared, that is to say to heat. This makes it possible to locate their prey thanks to the difference of temperature induced by their presence. For rattlesnakes, rodents and birds, which are only very weak, warmer than the environment, are detected even in the most complete darkness.

At the end of some rattlesnakes, there are hollow horns that create a rattling sound. It's their bells that emit a characteristic sound.

This snake was rather long to build because I worked a lot on the details of the head (eyes, tongue, fangs) and the tail (bell). I split the body of my snake into several parts of different shapes in order to better roll up and unroll the snake. Now he can roll himself into a ball or lie down.

I placed each scale one by one to get the scintillating effect of reptiles.

I hope you like it as much as I love it.and that it also fascinates you.