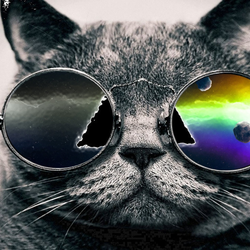 I've always loved the idea of combining Lego and Games, and feel this would be a very nice addition to Lego's game collection, such as 'Creationary'. However, I have made a few adaptations of my own which will hopefully benefit the game experience!

One of these is that I've tried to bring the game to life by producing my own 3D interpretations of the properties, such as the Electricity Company, Water Works, Tax spaces, and Train Stations to name a few. The chance and community chest have been given a new look too, with the chance being colour-coded as purple and the community chest as gold.

The board itself is also easily transportable, as it splits off into 4 32x32 base plates, with a few mall places on the edges to hold them in place when playing the game. The 'Brickopoly' sign also lifts off easily for transportation.

However my favourite adaptation is the fact that you can create your own playable characters for each game! As shown on the 11th image, I've made a few examples of what could be made with the parts that will be provided for characters, from the original Monopoly characters, to wizards, knights, and tanks! The possibilities are endless, (and should stop the fighting on who wants to be the car!)

Overall, the set consists of roughly 1,250 pieces, so you can have fun when both setting it up and playing it, although you won't have to rebuild most of the model when you play it a second time.

I really hope you all enjoy my design as much as I did building it, and don't forget to support, follow or even share if you do!