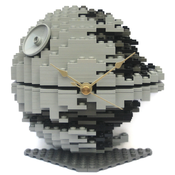 In keeping with my fascination with making spheres out of LEGO
(see my Lowell-sphere GLOBE project at https://ideas.lego.com/projects/16205),
I present a midi-scale Death Star II.

This sphere is built in the more-traditional studs-up style, where all the LEGO elements are stacked in the same direction. To achieve the finest resolution, as well as to maximize smoothness and aesthetic elegance, the model is built almost completely out of standard LEGO plates. (The few exceptions are the tiles in the central trench and the dish and associated elements used for its attachment.)

Here's a closer view of the under-construction section of the Death Star: 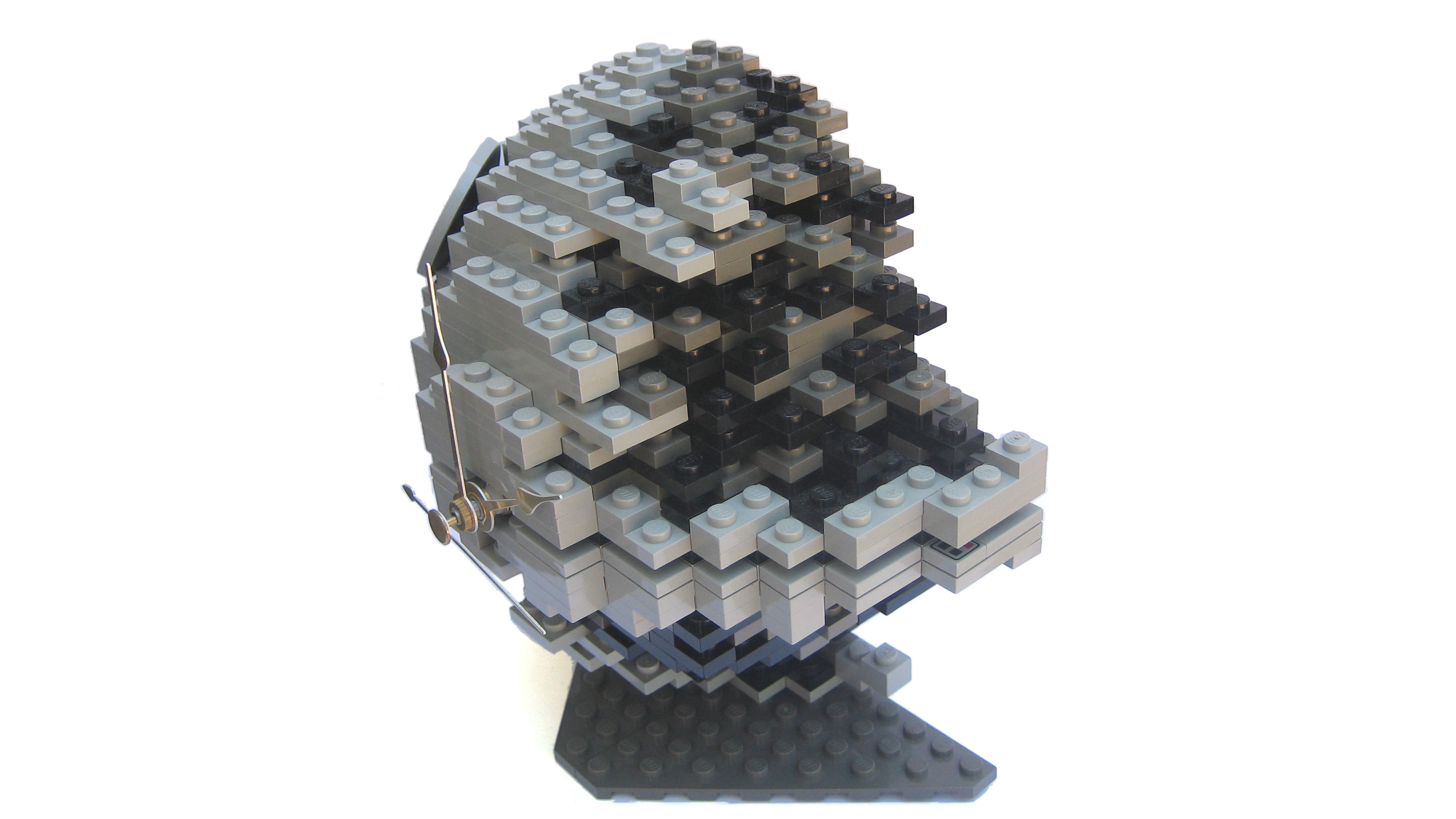 As a prototype, I also built an original Death Star (I) composed primarily of full-sized LEGO bricks. (This older model highlights the rapid improvement in Imperial technology between the two Death Stars.) 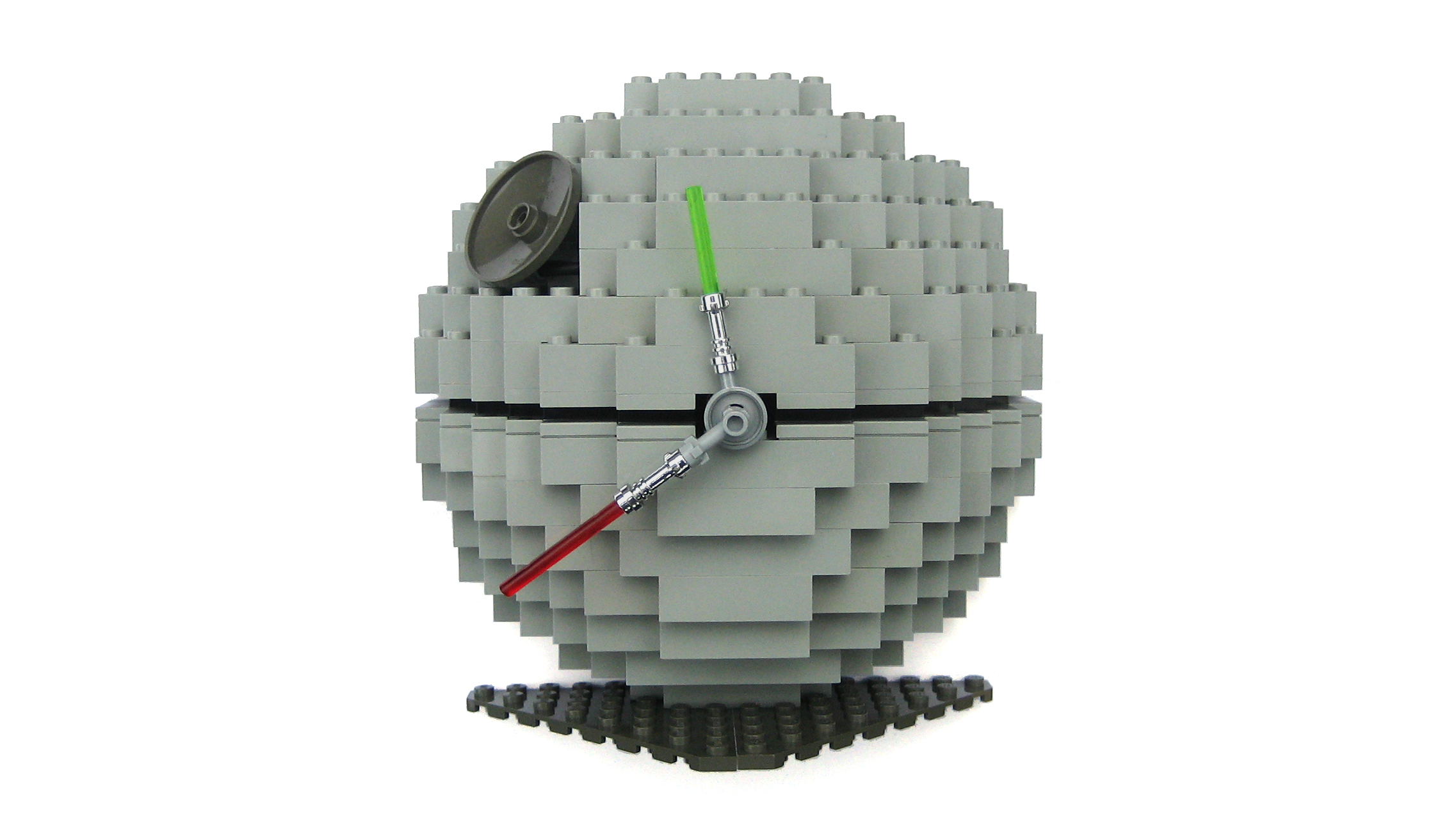 Into each sculpture is incorporated a standard clock mechanism (purchased in any craft store). Unknown to all but the most trusted Imperial scientists (i.e. me), the Death Stars did not actually operate via nuclear power, but rather worked by exploiting the time-dependence of the zero-point energy of the quantum vacuum. By entangling photons in different parts of the galaxy, opposite-magnitude energy fluctuations could be harnessed and released via a simultaneous collapse of the wavefunction(s).

Whereas the original Death Star operated by a single delocalization, 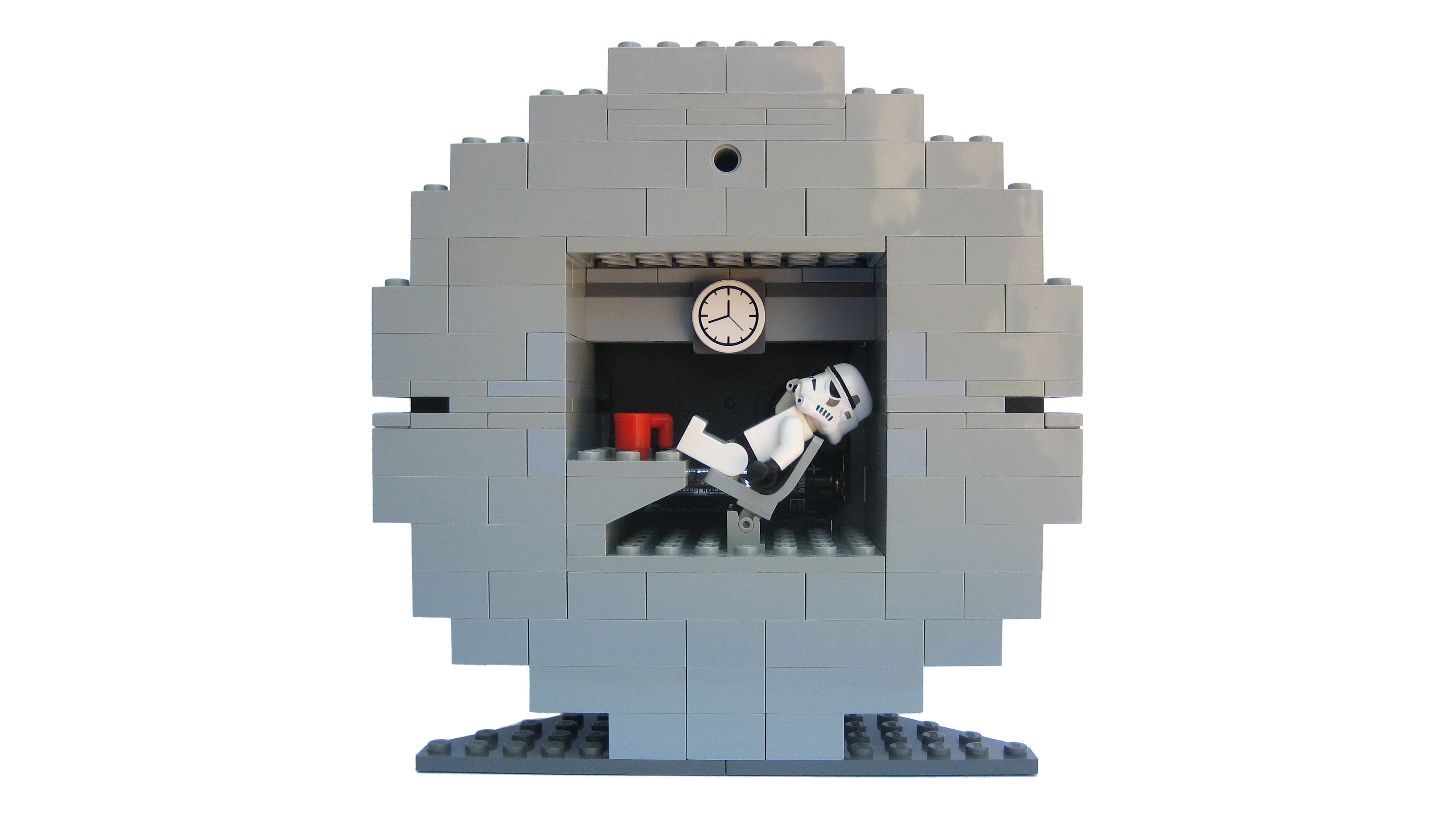 the Death Star II improved the technology to operate via a multiple simultaneous collapse-cascade, yielding a factorial increase in energy output: 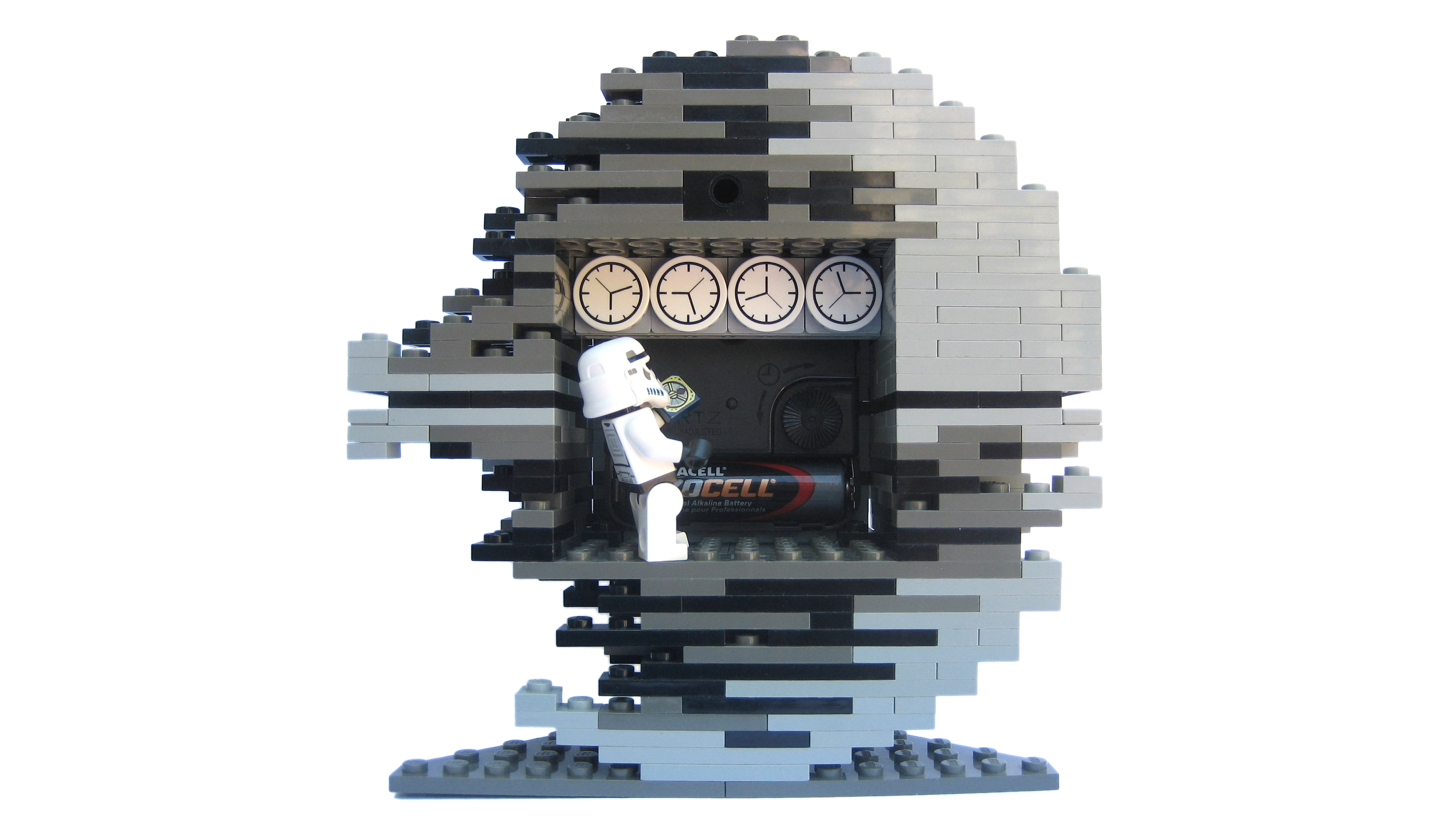 The Death Stars thus required the most precise time-keeping mechanisms in the galaxy. As a homage to that time-keeping acumen, it was a natural fit to incorporate a clock movement into these Death Star sculptures.

Although the original plans were lost in a fiery explosion, these LEGO models were already once produced in a galaxy far, far away and sat on the administrator's desk in each of the respective Death Stars. Approved by the Emperor himself, you too have a chance to own a treasured piece of galactic history!

Vote to see this Death Star model produced in our own little corner of the galaxy!

*** If you've read this far, please consider voting to see it produced! Thanks! ***

2012-08-02 The Death Stars visited BrickFair Virginia 2012! What a great time. Highly recommended! The models received much positive response. And thankfully, no rebels were hurt in any "accidental" super-laser misfires.

2013-06-15 The Death Star I and II models will be on display for Star Wars weekend at LEGOLAND California! I'm part of the FBTB.net group that will be volunteering at the park and displaying MOCs. I can't wait! Hope to see you there!