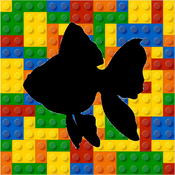 I've finished the new model in lld and will hopefully begin building it soon.

I've been working on a 2nd version of the GLaDOS model which will possibly be called 'GLaDOS Display Model' in the near future. The new model is only in LDD at the moment but I am hoping to physically make it out of Lego.

I think the new version is far better in terms of realism (to the actual GLADOS) but I'm stuggling to find a way to mount it on its frame (also getting a makeover.) 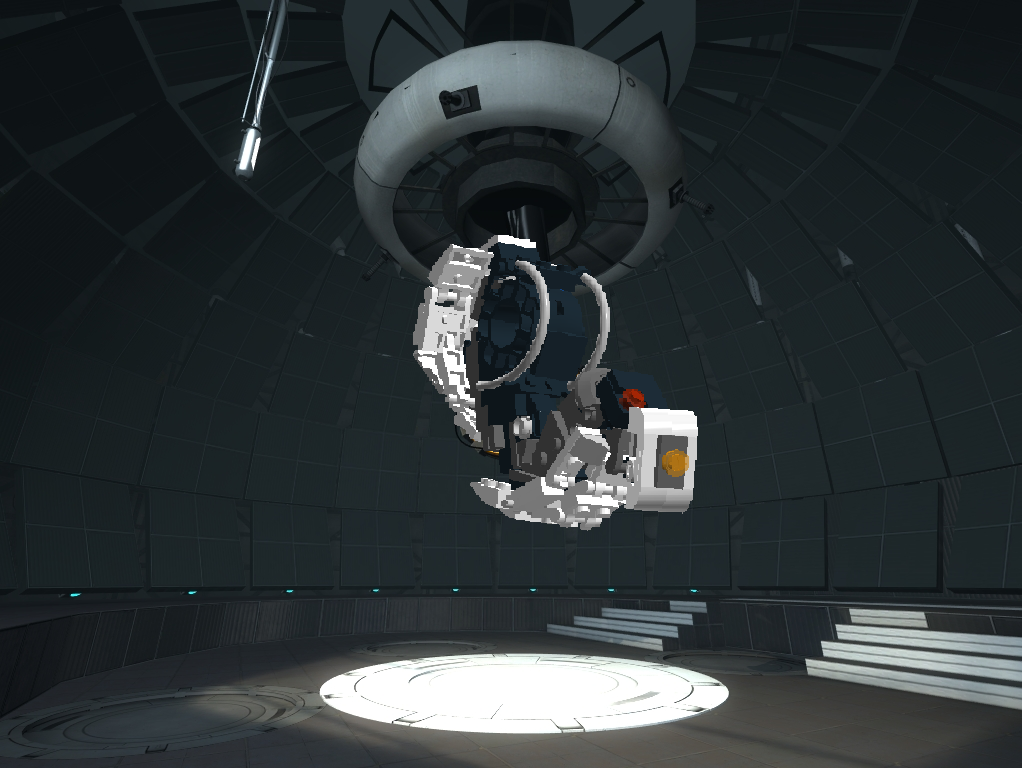 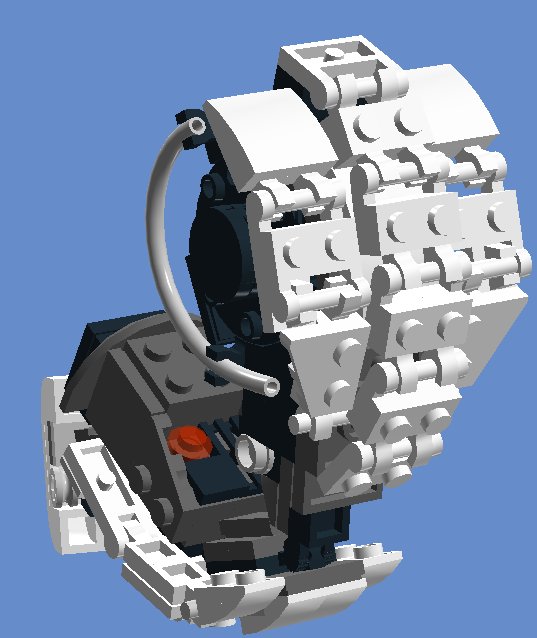 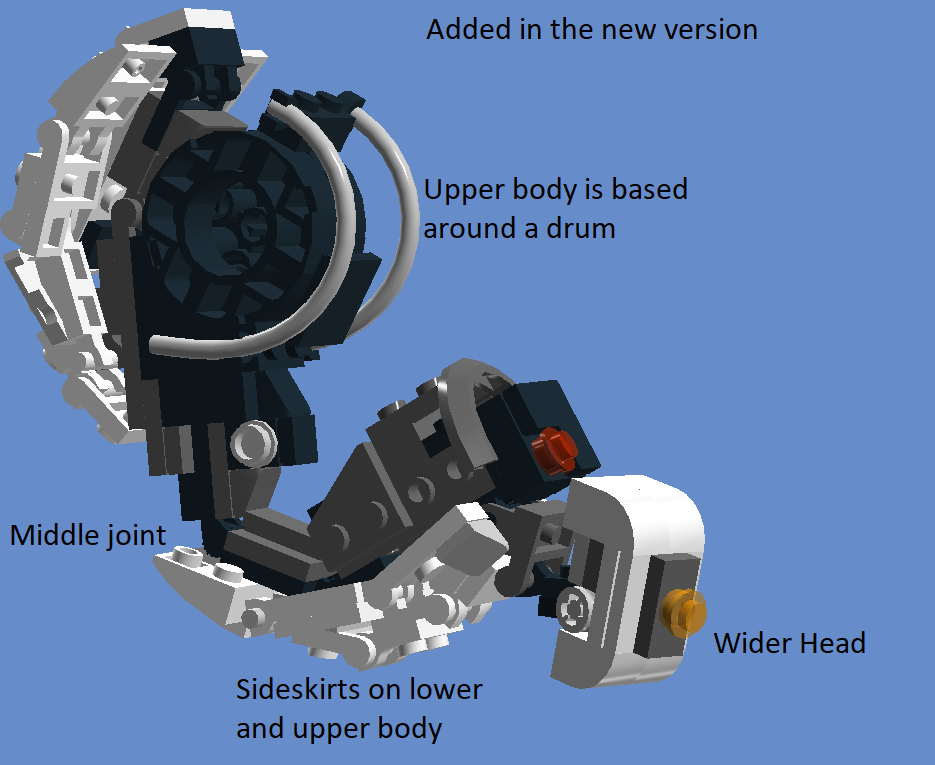 Also, the hip cables will be actual cables (lego pneumatic hoses) and should be a lot more wire 'n' stuff (technical term =)

I would like to thank the 183 people who are supporting my first project and say that I am working on upgrading the model as a new project which will be uploaded soon ( and this time I will remember to add tags!) which will include an updated stand, improved GLaDOS chassis and Wheatley's bomb launcher sticker.

I have added Wheatley and the three corrupt cores used in the boss battle to defeat him, and I have finally changed GLaDOS' "neck" from white to black. 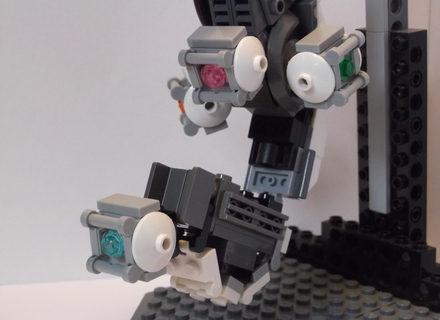 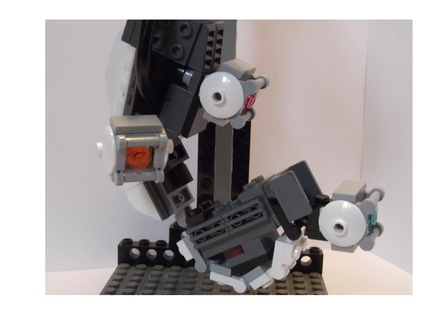 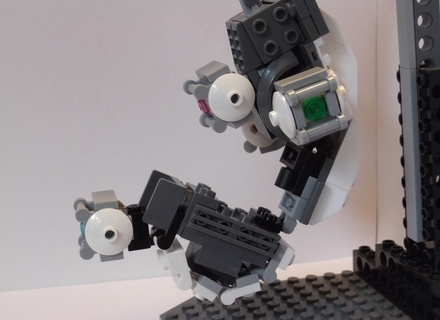 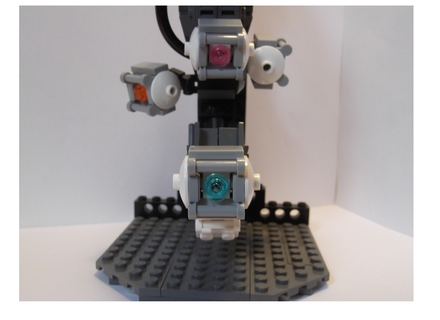 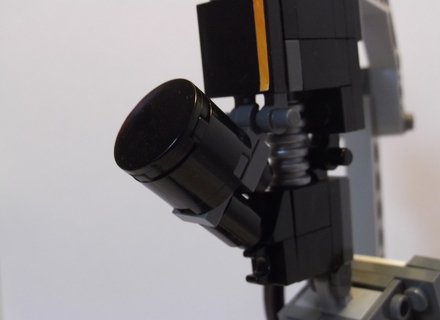 (Above) Wheatley's bomb launcher used during the boss battle, this can be removed along with the corrupt cores and their mounts to create Wheatley from just after the core transfer that resulted in Wheatley putting GLaDOS on a potato battery.

(Below) The design for the sticker that would go on the end of the bomb launcher showing the muzzle and the red status light. 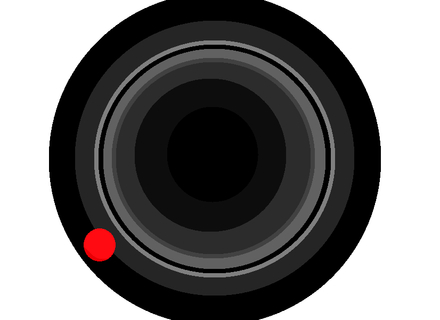 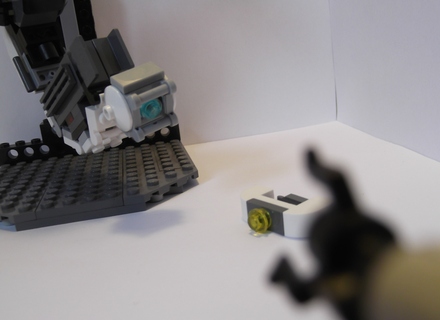 Thanks to all for the 92 supports!

I am planning on adding Wheatley to be interchangeable with GLaDOS' head and also the corrupt cores that are attached to him by Chell during the boss battle. 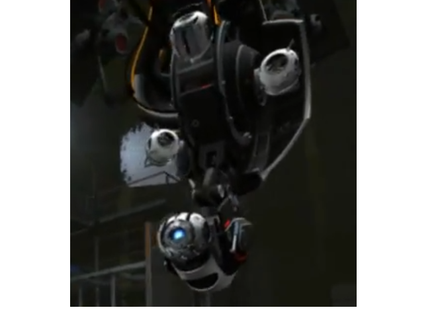 And I'd like to thank the 65 of you who have supported my project in the last four days :)