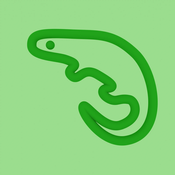 ~Hitting that support button can help us make this into a REAL Lego set, its free and helps out a lot! Thanks!~
“The Four Golden Weapons of Spinjitzu. Each possessing the power of Creation, forged by my father, the First Spinjitzu Master. In the molten steams of the Golden Peaks.”  ~Sensai Wu (2011)~
Background information:
-Why did we decide to build this project?
So, me and Guitarman2, decided to work on an Anniversary project for lego Ninjago reaching 10 years old, as we felt that it needed some commemoration for it reaching its 10 Birthday.
-What is it?
It is a model to celebrate 10 years of Ninjago, so we made a model based on the"Pilot season" where the ninja recover the golden weapons. Each of these builds represent a key area in the first few episodes, for example; the Fire temple, where the path to the underworld and the home of the golden weapon of fire or the Monastery, where the Ninja learn to do Spinjitzu.
-Why do we think it would make a great set?
We think this because all ages can buy it, for the younger people to act out retrieving all the golden weapons with their Ninjas on the sofa, or for older lego fans who love nostalgia, as this was part of their childhood, to have a display model of the original series. The model would also go very nicely next to the legacy sets line too.
Features:
All four original ninjas Biomes and Golden weapons, plus the Monastery of Spinjitzu.
We have a function to hit a slab in the Earth Biome, that will split the mountain in half, as if you can control the power of Earth! :)
Notes from the Designers:
- Guitarman2:
So, Gecko and I wanted to make a Ninjago 10th anniversary tribute. (It was Gecko’s idea.)
We decided to make a miniature monastery build surrounded by the biomes related to the ninja’s elemental powers. I took the job of terraforming and building a mountain and monastery.
Meanwhile, Gecko made all the biomes. So, the Ice biome is very similar to the scene from Ninjago where they go to get the Shurikens. So is the fire biome. Just on a miniature scale.
Gecko had to slightly change the Nunchucks design to get them to work with the build he made. The earth biome, is a mountain with a feature that allows the Scythe to break the rocks in half when hitting a plate.
If you look closely at the Monastery mountain, you can kind-of see a staircase spiralling around it. I made this based off of the name of the mountain, the Mountain of a Thousand Stairs.
I also tried to make the monastery look as close as possible to the original.
- TheGecko7:
Once we had agreed to make the product idea, we decided to split the build, so that we could get it done faster. I took on the job of making the biomes for the Golden Weapons, whilst Guitarman2 did the job of making the Monastery.
These builds took inspiration from CARLIERTI, or Nicolas Carlier's micro scale builds, which gave me the idea for the micro scale buildings and landscapes. I am really passionate about this project, and I really want to see a Ninjago project get to 10k sometime soon. We need all your help to get to 10k, and as fast as we can!
Thank you!
Gecko and Guitarman2