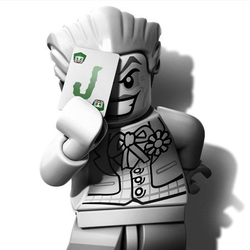 Help Batman and Robin defeat Poison Ivy in her Greenhouse Lair! The set includes Poison ivy and a vine, Robin and his battle staff and Batman with a Baterang, Grapple gun and some wings for flying around Gotham!

I built this set because Poison ivy has never had a set dedicated to her, I also love Lego sets with greenery since it gives the whole set a very "overgrown" look. The set is an abandoned greenhouse in which Poison ivy has overtaken with her plants, including the famous giant Venus Flytrap.

I think this set should be accepted since it would be great for children and adults alike, with them both loving it as a play set and also having it to display with the rest of their Lego collection.