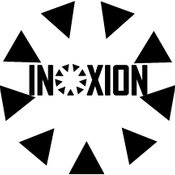 By INOX
3 comments
This Project goes with my Traction City project which can be seen here:
https://ideas.lego.com/projects/19203

This is a model of an Orbital Laser device, this particular one is base off the one featuring in the final book of the Mortal Engines quadrilogy of books. ODIN (Orbital Defense Initiative) Is a capable of producing a powerful beam of energy that is capable of cutting a city in half.

With this model I have tried to achieve a balance of detail and functionality to make sure this is an interesting and desirable model to have regardless of whether or not you have read the Mortal Engines book series. 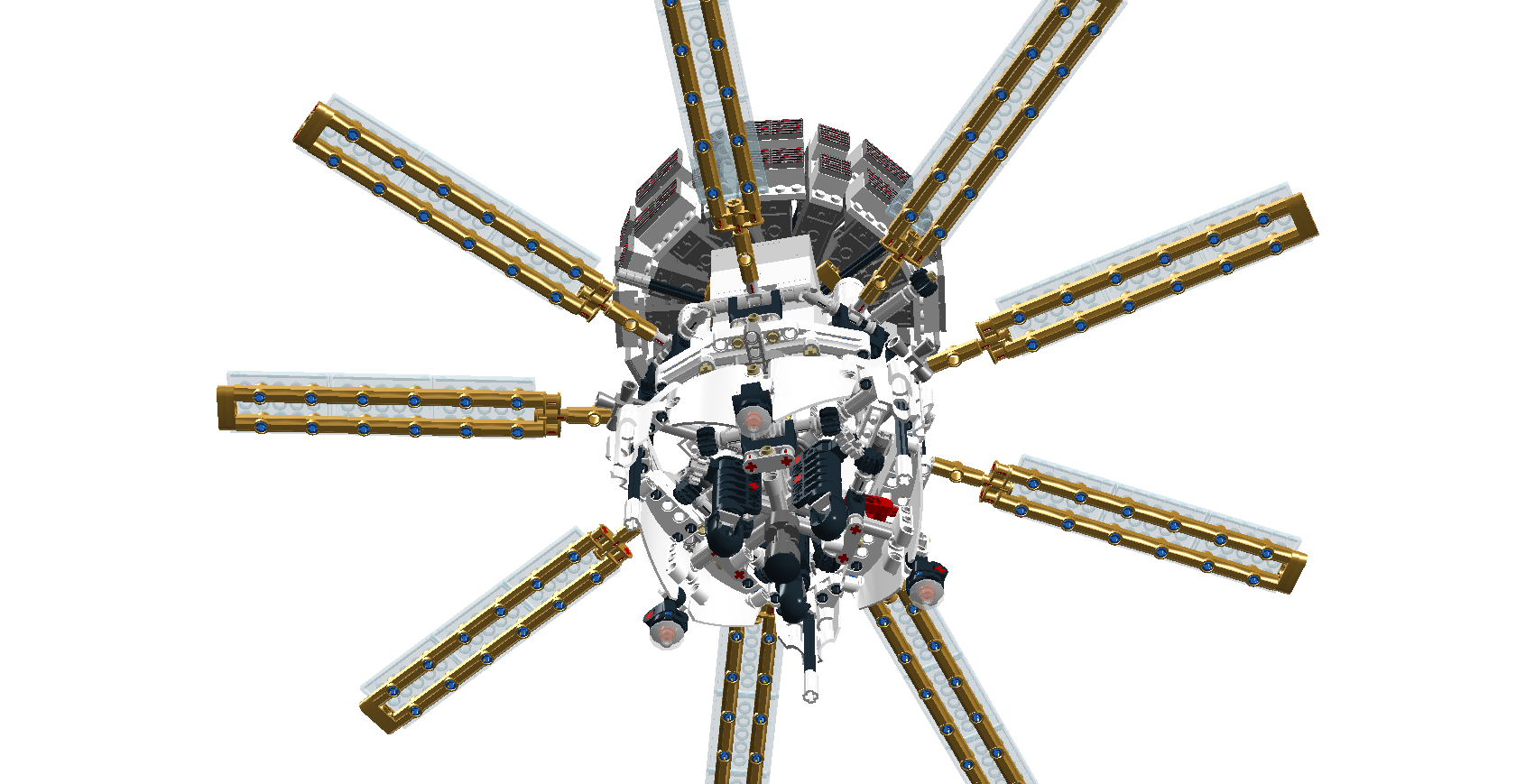 The first thing to take note of on this model is the three cannons. They can all be fired simultaneously allowing you to wreck havoc on your Lego city, or any other target of your choosing!
The other operational function of this model is the solar panels, which can be raised or lowered using the control wheel on the side of the model. 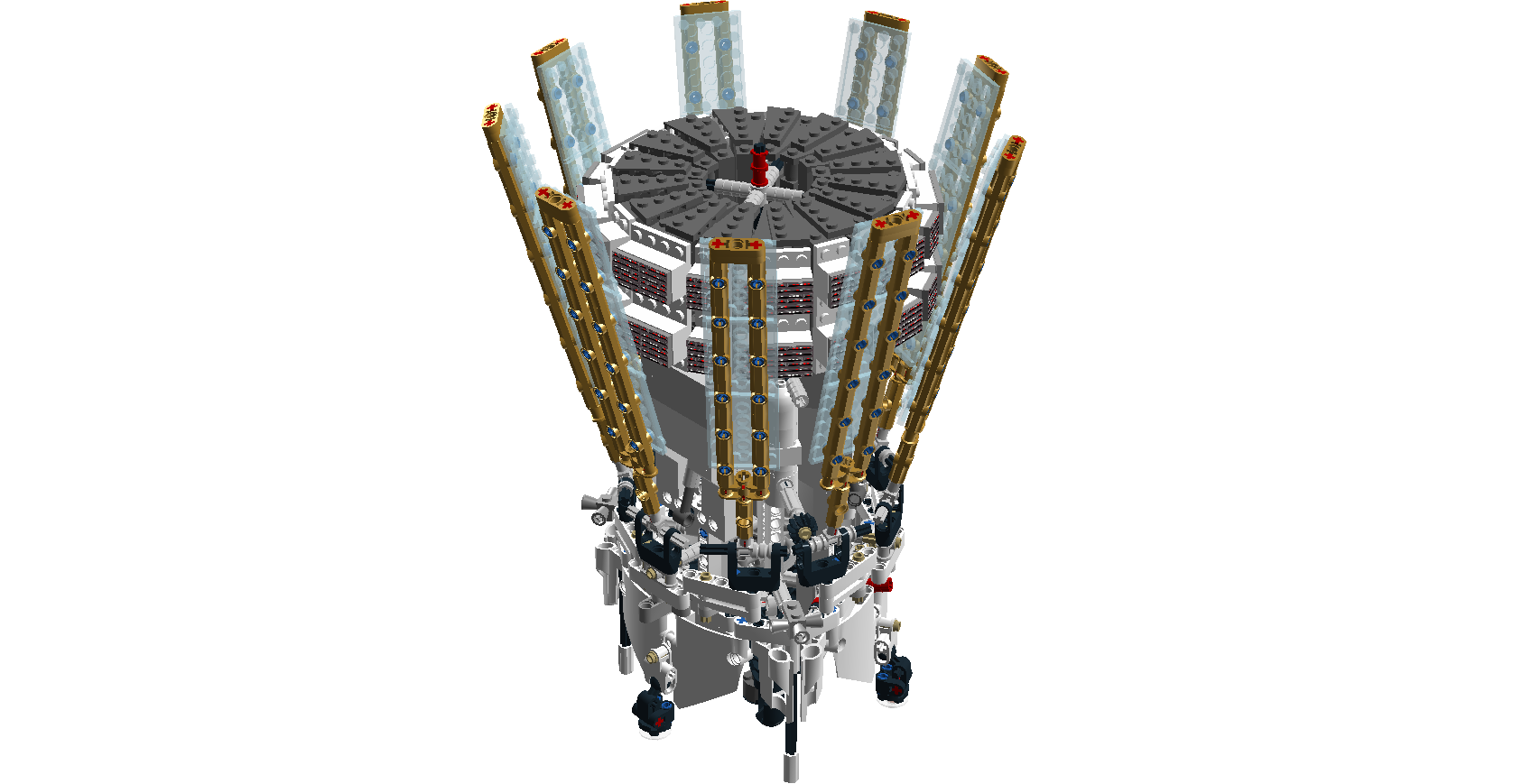 ^Above is a picture of the model with the solar panels raised.

It is also worth pointing out that the model is designed in such a way that allows you to suspend the model with string to allow you to hang it up somewhere above your target. The model also has supports underneath the model to allow you to stand it up on a desk or shelf whilst being stored.

Not only is this model full of functions but it is also well detailed, with notable parts like:

The reactor at the very top of the model (which is a smaller version of my fusion reactor model which can be found here: https://ideas.lego.com/projects/20002 )
The model also features three aiming cameras surrounding the laser aperture, which can all be adjusted. 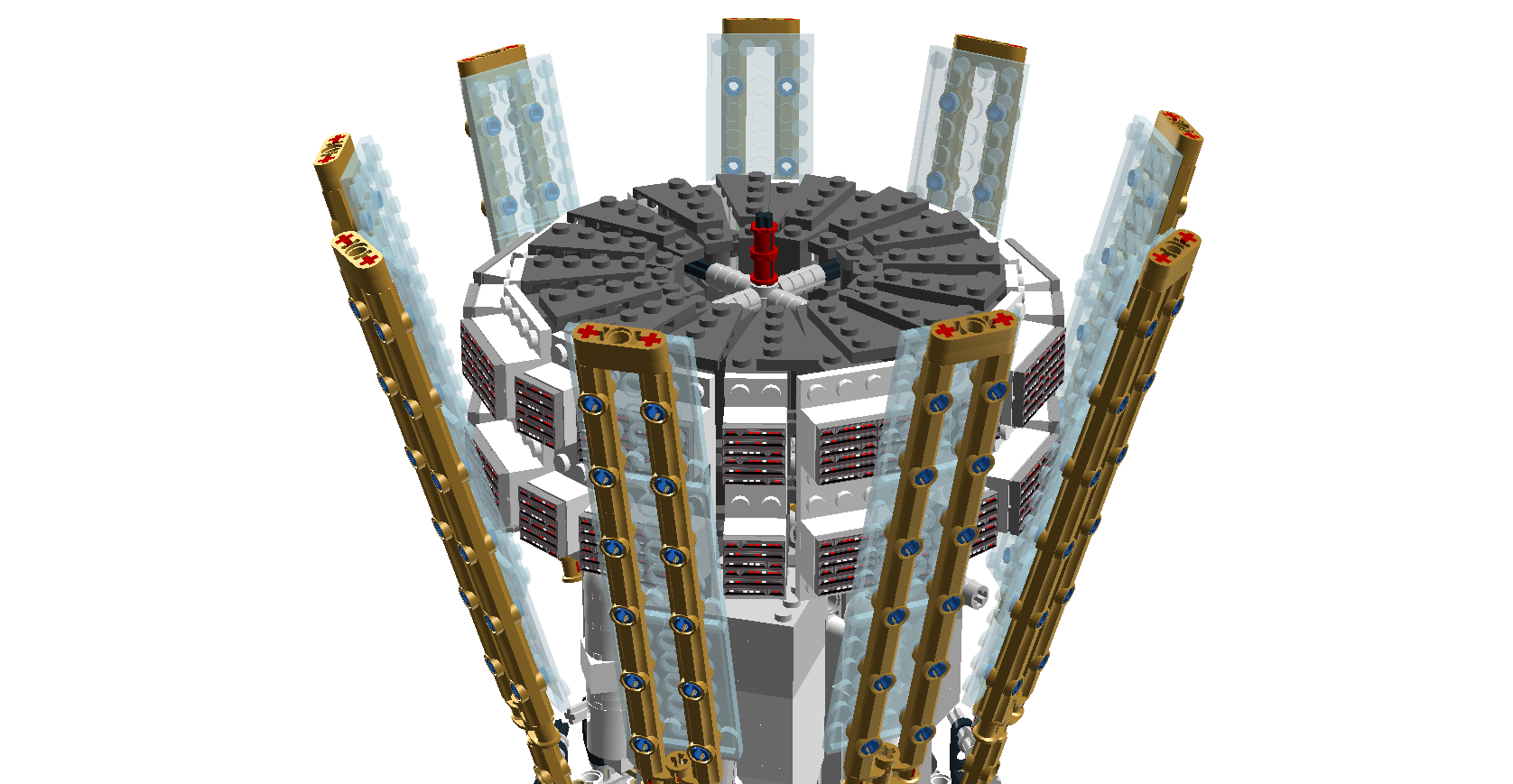 ^A closer view of the fusion reactor

The model is made of a mix of normal Lego pieces and Technic Pieces which makes it a somewhat unique design and uses quite complex modeling techniques to comfortably mix the Lego bricks of the upper half with the Technic beams of the lower half. 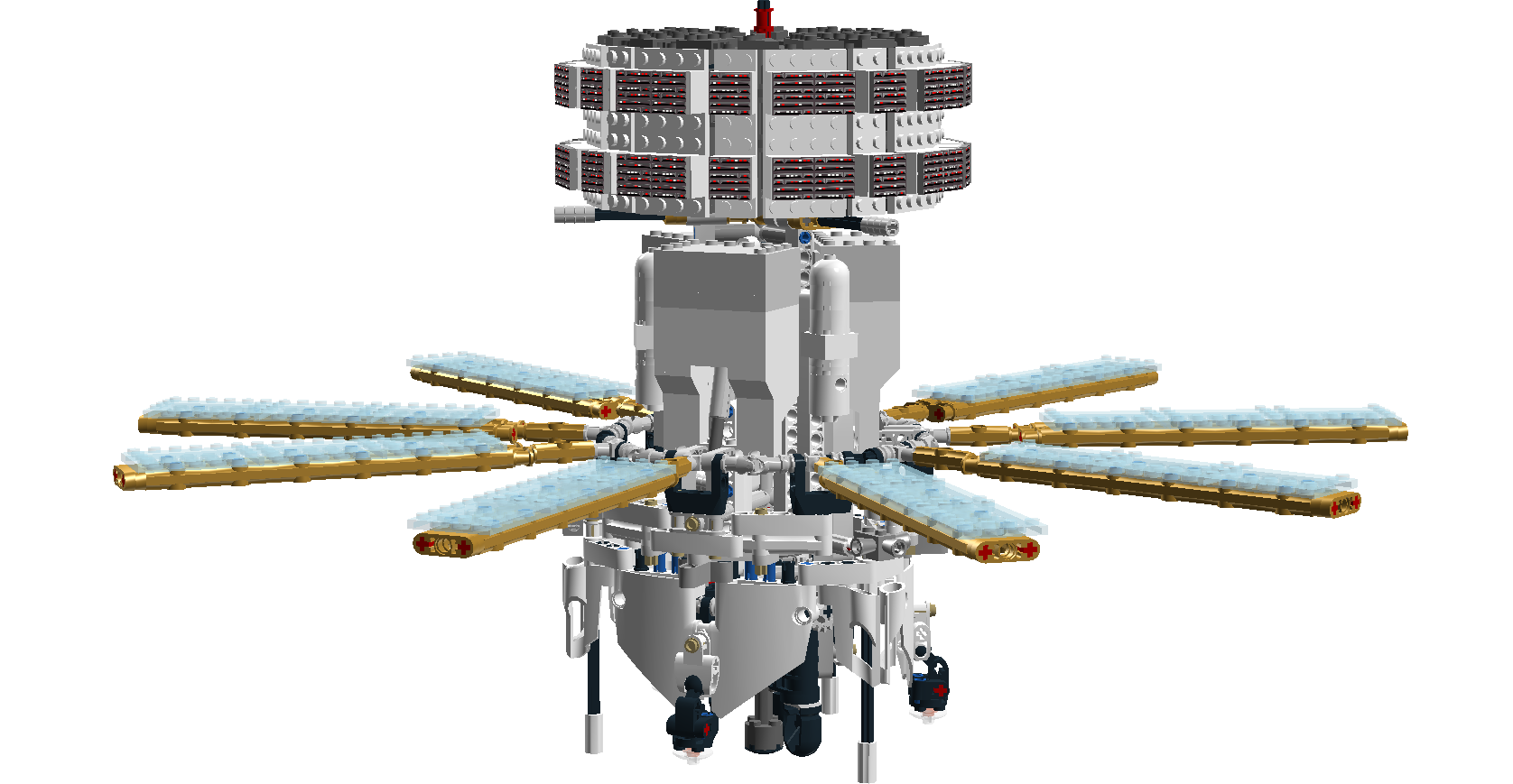 ^ Another View of the satellite, this time with solar panels lowed

Thanks for taking your time to read this Project summary, please support this project.

if you found this project interesting I currently have other projects on cuusoo at this current time:
Traction Cities, Mortal engines (modular design)
(https://ideas.lego.com/projects/19203)