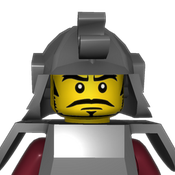 By LegoInventor2
21 comments
After the December 2019 news of the discovery of a yellow penguin went viral in February 2021, the Lego City News sent two adventurers and ecology-loving reporters in search of the yellow penguin to learn more about its habitat, its lifestyle and the danger to its species due to garbage, climate change, hunting, fishing of their food, among many other factors.
Lego City News seeks to turn the yellow penguin into an icon to raise awareness in Lego City about the dangers of climate change, the importance of waste separation and recycling, respect for wildlife, avoid indiscriminate fishing and hunting, and the beauty and the fragility of nature.
But in the Antarctic there are many dangers to people too, lost or injured people, scared wild animals, avalanches, wrecks, damaged bases, stranded vehicles, but how to prevent accidents? The answer is the help of an expert, and what better than an expert? Well two! Two of the best rescuers who monitor Antarctica daily who know very well thin ice, rocky areas, frozen shores, avalanche areas, storms, wilderness areas, camping areas, food sources, first aid and rescue.
The Antarctic Rescue Snowmobile is a surveillance and patrol vehicle equipped with a radio, first aid kit and Antarctic camping equipment, who will give early attention to the emergency that arises.
The set includes:
Hope you enjoy it!