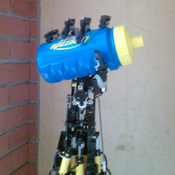 By IFitzGibbon
8 comments
Powered by a single motor, this small excavator sorts bricks by size.

A purely mechanical design with no programmable brick. Just hit the green button to see the bricks roll down the slide, the conveyor belt release a brick, the claw grip, the boom rise, and the treads turn as the excavator rotates to sort the bricks into piles. Even clip-off the top-shell to uncover a working engine. All from just one small motor.

You can put containers around the excavator for it to sort into. Here I've used plates.

Seems impossible? Open the lid to reveal all. Watch the mechanical timer push the machine into forward and reverse - the elastic wheel providing minute precision. See the tiny catch that releases a clutch as the excavator reaches the slide. Discover fast spinning gears that operate the conveyor, and slow, steady ones for controlling the slide. 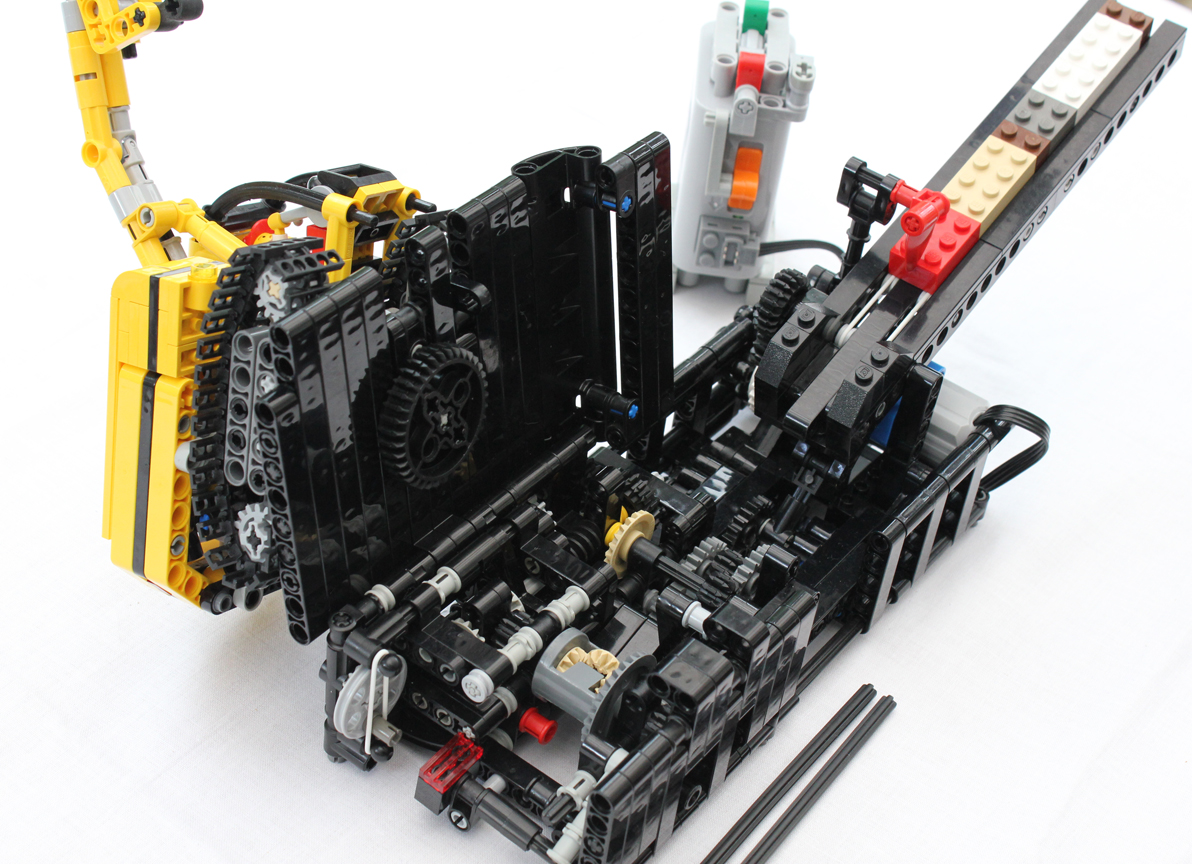 How does it work?

When the claw can close no further, power is transferred to lifting the boom and turning the excavator. If the claw closes on a larger brick, it will begin lifting and turning earlier, and thus turns further, before a mechanical timer runs out and clicks the machine into reverse. In reverse the excavator drops the brick and returns for another.

The mechanical timer, visible in the image below, is located beneath the excavator and consists of two small beams which rotate alternately to switch the excavator forward-reverse. Up above in the cabin, the construction-site-minifig handles the gear-stick! 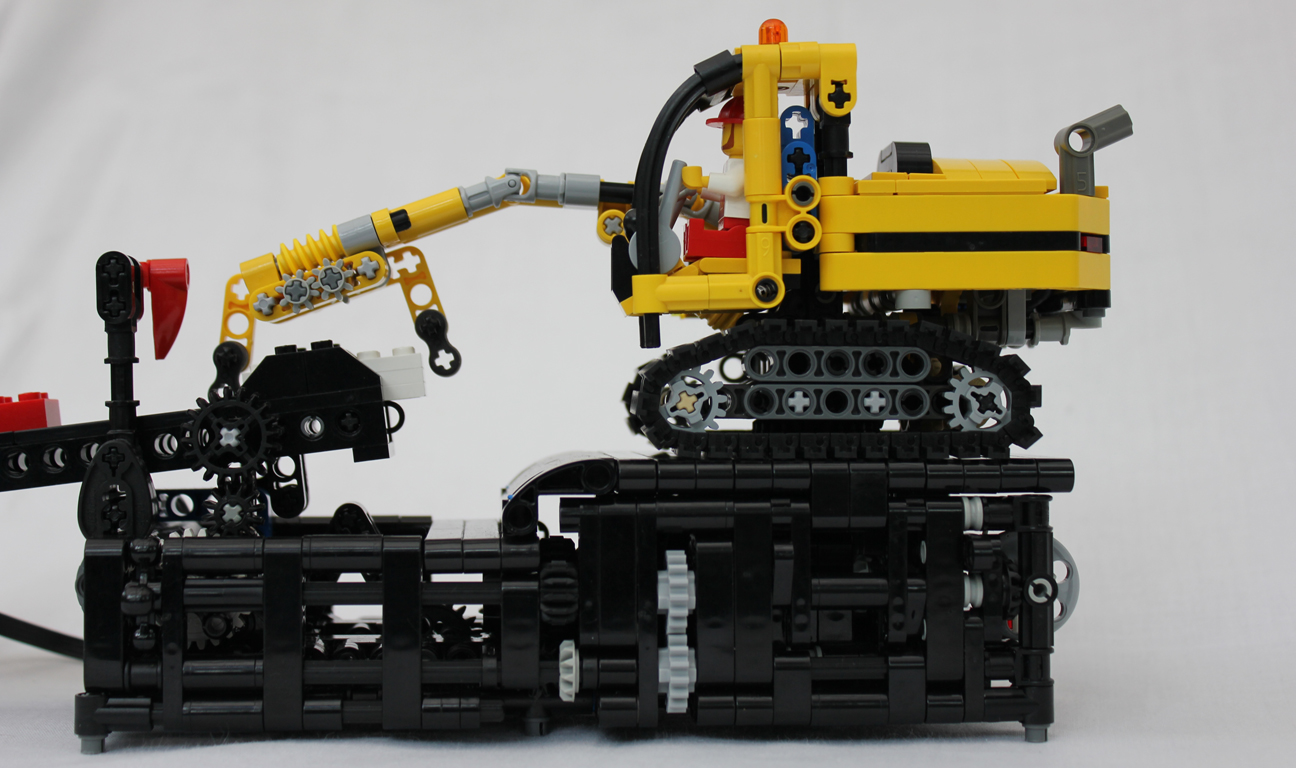 There are many more features and mechanisms to be discovered as you build the brick-sorting excavator. When you've completed the excavator itself, you can roll it around on the ground until you're ready to mount it on the platform and watch it sort.

Below: A working engine is revealed on clipping off the top-shell.

Thanks for viewing and pleased to answer any questions.

UPDATE: Brick Sorting Excavator 2.0 (basically the same but with a hand crank and simpler design) is here: