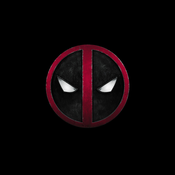 Carry On is a classic movie franchise form pinewood studios. The set i have made is a tribute to the genius of the British comedy genre Carry On. The set includes iconic characters and film sets which generation's have loved and watched time and time again. My project includes five characters which are based on famous actors from the movies, movie equipment such as a old film camera, movie posters and movie set backgrounds. The movie backgrounds are from some classic Carry On movies, Carry On again doctor, Carry On camping and Carry On cleo. This set is a tribute to pinewood studios movies Carry On.