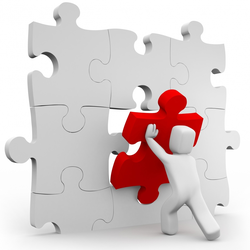 Puzzleseuss presents: PuzzleMania: Secret Agents! This is my first project, and the first in a series called "PuzzleMania." PuzzleMania is a complex puzzle series that is recommended for ages 8 and up. But anyone can get the set!

OK, so those were the good guys. Now let's move on to the bad guys. The guy with the cowboy hat is Stinky Pete. His weapon is a crossbow. The guy with a fiery head is Fire-Blaster. He is Stinky Pete's assistant. His weapon is obviously fire. The bad guys have a robot mouse. The robot mouse's name is Evil Cheesy, but before it was a evil mouse, its name was Cheesy. The bad guys don't have a vehicle, but they have a machine called the Mouserator. It makes mice turn into evil mice by eating evil cheese. The Mouserator turned Cheesy into a evil mouse, and his name changed into Evil Cheesy.

OK, so the good guys and bad guys I went over with were the minifigures for the set. When you get the set, open it. Then, get the instructions and build the set. The main part of the set could turn into a game. The rules for the game are at this link: sites.google.com/site/legocuusoopuzzleseusswebsite/puzzlenews

I think this project should be a LEGO set because it makes kids think without them even knowing it! Support this project today!

More projects at this link: sites.google.com/site/legocuusoopuzzleseusswebsite/