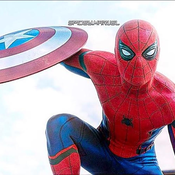 The inside has the captains seat for the pilot, two seats that face the same way as the captains chair that has two computers in front of each seat. In the back it has 3 seats so you can fit everybody in there. The total piece count is 629.

For this set I propose the following minifigures,

Rocket Racoon - He will be in Ravager gear that he wore when the GotG teamed up with the Ravagers. he will also include his gun. (Because who is Rocket without a huge gun?)

Peter Quill aka Star Lord - This Star Lord will have an open jacket without his bag and the straps, blue legs, his helmet, his guns, his walkman and for this one I gave him his headphones. All this piece would be is the piece with the headphones on the hair but in the colors of his hair and headphones.

Yondu - I included him because in the movie he was awesome. (My second favorite in the movie.) He would also be in his Ravagers outfit. For his outfit I was going to use either a printed piece to show his coat and gear or I was going to use the piece that the graduate minifigure wore in series 5 but dark red. (Let me know in the comments which one you think would look the best.) And he would also include his whistle controlled arrow.

Sakaraan - He would be the same like he is in all the other sets but with a sword.

Nova Officer - He would also be the same but with a stud shooter gun.

So please support this and share this with anybody you know that liked the movie and would love to have this as a Lego set.