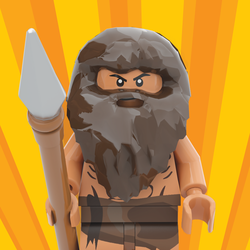 The topic of the Stone Age, our pre-history and the evolution of humans is often an interesting and somewhat unknown or mysterious topic. This Lego Ideas set looks back on that time, our ancestors and explores how they lived, what they wore, the tools or technology they used and of course the creatures that once roamed the planet.

I built this Stone Age set as I wanted to try something that hadn’t been done before and to challenge myself to see if I could use modern bricks to create a pre-historic world. I also wanted to do something that would be interesting, fun and educational.