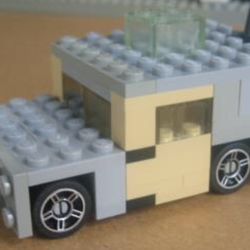 Warhead is from the battlebots show. He first started in season 5.0, taking a break, and returning to battlebots from 2015 to today. He has not won a Golden nut (the battlebot champion trophy).  I built warhead since he is one of my favorite bots in the competition.

Warhead would be a good LEGO set because I know a lot of LEGO creators who love battlebots and they do not know about this website who would like a LEGO battlebot set. I hope more of the community likes battlebots so this could become a set of the battlebot legend, Warhead.