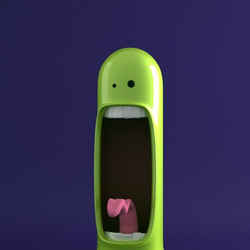 This is a model of a 1997 Jeep Wrangler. So far it has 1001 pieces. It has had weeks of work put into it and has ended up with an astonishing list of features. The features are a working steering mechanism, opening doors, functioning hood, opening truck door, adjustable mirrors, moveable gear shift, leaning seats, rolling tires,  rotating steering wheel, and even a convertible/removable roof. Wow, that's a mouthful.

So, this Jeep is actually based on a 1997 Jeep Wrangler my family has. I have done a good bit of work on our Jeep so I knew the ins and outs for the most part before I started building this model. I am quite happy with how it turned out. You may have noticed that the Jeep model doesn't have windows in it on the sides and rear windows. That is because the real Jeep has removable windows and didn't have those windows either! The engine also has this appearance that is very close to the actual engine. Also this Jeep has round headlights, as apparently a while ago there was a Jeep or series of Jeeps that had square headlights and some people didn't like that as Jeeps always had round headlights before then. So here are the round headlights as on all of the 1997 Jeep Wrangler's out there.

I would also like to state the reason why I built this is mainly I wanted to build a Jeep Lego and a small boy I met. I was on vacation in Yellowstone National Park looking at some male elk when a small boy (Whose name I still do not know.) ran excitedly around his car and looked at the Jeep I was sitting in. He said "That's a cool car! Maybe I will get a Lego... a Lego car like this to build!" Well I was already building a model of the very Jeep he complimented at home, and then knew I had to finish and attempt to get it in stores for him.

So with that small story told, please feel free to comment your ideas, changes, and additions to this project for me to read. Also hit that support button, even if you don't think you would buy it but think its cool, to help make the other 9,999+ people happy as well. Plus it  is free to support and it doesn't really take that much time, so what would it hurt?

Now for some stuff that Jeep and Lego may care about. Note that this is not yet a real Lego product that you can buy in stores. However, supporting the project can help it get to the stores. Also Jeep is not associated with this product in any way, shape, or idea. The Jeep Company is not currently funding or sponsoring this project in any way. Basically I made this Lego and Jeep probably doesn't even know it exists.

So that's all I have to say for now. Updates to the project hopefully to come. Thanks for reading, supporting and commenting, Turtledud3.