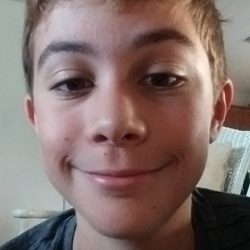 This is a STT: Storm Trooper Transport.  It is not an actual movie vehicle, but it is a worthy addition to the Star Wars extended universe theme.  This transport fits five Stormtroopers comfortably.  The head pilot is protected from enemy fire in front by a nearly impenetrable shield, while being protected in the back by a Stormtrooper that operates the flick fire missile cannon.

Three Stormtroopers fit in between the gunner and pilot in the row seats.  The front-most row seat has an additional set of controls and acts as a co-pilot spot that operates the forward guns when there is a trooper occupying it.  On the head-rest of every row seat there is an extra hollow stud plate used to hold Stormtroopers' weapons in case they get tired of holding them.