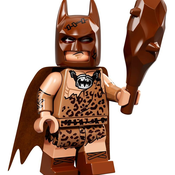 This project is an X-Wing fighter from Star Wars modified in steampunk style.This idea mixing my passions:lego, steampunk books and Star Wars films andI think it could be a valid Lego Ideas Set because it unit interests of a lot of people.

The model include two pilots, it is armed with cannon and a gatling gun. He also have a small cabin with two portholes, four helixes and moving whings in open and closed position. The predominant colors are grey and brown. For the pedestal I used an high rock.

So if you like steampunk style, Star Wars and obviously Lego give your support!