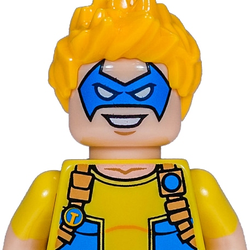 The project is Steamboat Willie, including the old and new Mickey Mouse, besides the blue display stand the model itself is built in a black and white colour scheme.Excluding the minifigures, the set has a number of 582 bricks.