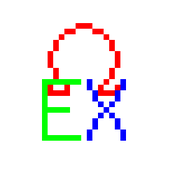 Our heroes, the Gem Hunters, are on the quest to find the ancient Elemental Diamonds. Axel decides he'll go to Volcanic Valley to find the Flame Diamond. Upon arriving at the shrine, the God of Flame, Blaze, jumps out to protect the treasure. Now Axel must fight for his life over a river of scorching hot lava.

This set has 134 pieces and includes 2 minifigures, Axel (Sweaty) and Blaze, God of Flame.

My thought process creating this series was looking at the discontinued Monster Fighters sets and drawing inspiration from that. I decided, instead of using the characters from that series, I'd create my own cast and enemies. However, instead of the artifacts being based around the enemies, the enemies are based around the artifacts. In this particular set, I tried to make it look as natural as possible. At first, it was going to be inside an active volcano, but I thought it would be too difficult to pull it off. I then decided to make a lava river with obsidian platforms overhanging it. I included small spires under the platforms to give it more support. I'll be creating more sets in this series in the near future, further exploring the Gem Hunters and their journey.