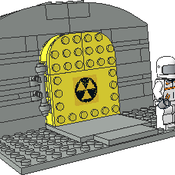 By sls12
2 comments
Build the one of the most memorable scenes from the world of Hugh Howey's Wool Series.

Update 12/14/13 - Cuusoo informed me that due to a policy change I had to modify my set from a play theme to an individual set. This project will now focus solely on "Sent to Clean" - I will create projects for the others as my time allows.


update 10/16/13 - I've been playing around with reducing part count and rendering the image. The main image (above) represents v2 of the model, looks basically the same, but part count is about 30% less than the previous design. LDraw part count on updated set is 125.

This kit is my interpretation of The first moments out of the Silo when someone is sent to clean (could be Holston, could be Juliette, or some other person wanting out).

This kit contains the exit half of the airlock and the start of the concrete walkway leading up to the cameras. Movable features in this kit would be a opening and closing airlock door and flames that are moved in to purify the airlock - wouldn't want any nasty nanobots getting in. 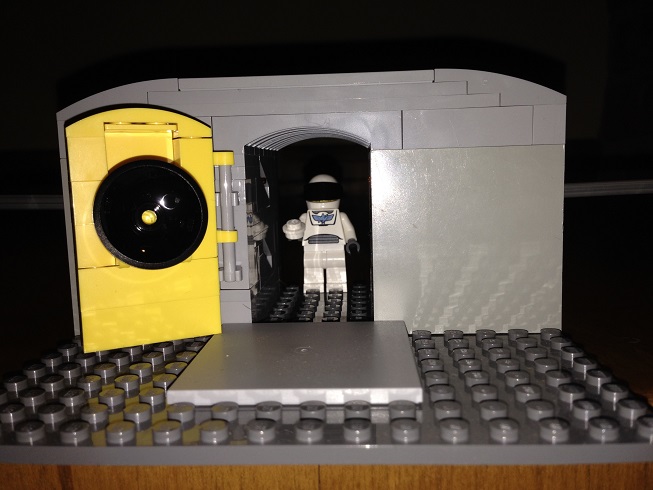 Image above showing the door open, with the flames retracted. 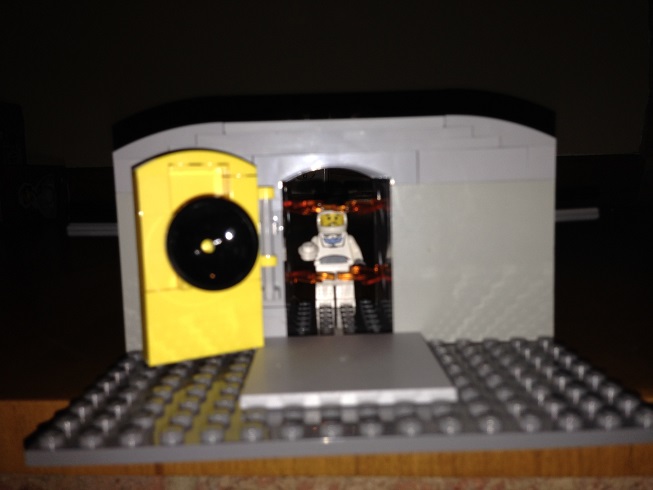 This image depicts the flames extended. 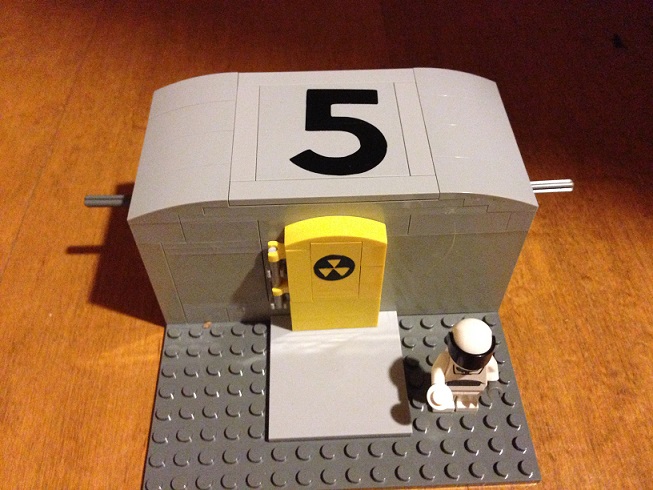 This is my test build to test how well the flame retraction mechanism works. Door and flames function without any issues.

I plan on creating additional projects set in Hugh Howey's Wooliverse. I will link here as they are approved.