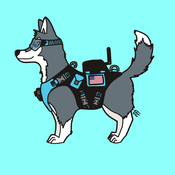 Falcon Heavy is currently the most powerful rocket in the world. It has the ability to lift 141,000 lb of  payload to orbit! That's about 55,657,895 2x4 lego bricks! Generating almost 5million pounds of thrust at liftoff, It's a beast. It is a rocket built and engineered like no other, with the ability to achieve full reusability of it's three boosters by landing itself vertically using retro propulsion. It is packed with state of art technology. On top of all that, it's done by a private company, Space X! Now hold on for LIFT OFF of a lego version!

The lego Falcon Heavy is packed with details similar to the real falcon heavy. It was built to hold the asthetics and features of the real Falcon Heavy.

If you liked the Lego Falcon Heavy, please support and share to others. This is all made possible for by your support. Thank you so much!