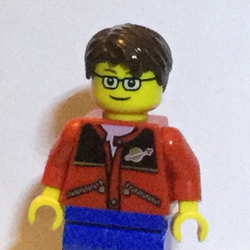 Help the soldier, with his Mech-Armour, to arrest the extraterrestrial and his spaceship. The armour is yellow and grey, it shoots, with it’s arms, fake lasers. The arms are moving up and down, the hands are opening and closing to let the lasers pass. Extraterrestrial’s spaceship shoots one by one round bricks. There is a box brick that contains the one by one bricks.

I made this set because I love science fiction and to create what is in my imagination. I hope you guys will like my idea and thanks for support.