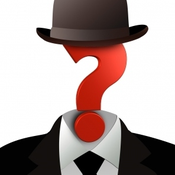 Comic books have been around from more the 80 years. They allow people to draw, write, and read their imagination. Its no secret that Lego and comics work well together as many sets have been made them. However, that based more on the property and brands rather that the actually comic book format its self. My Lego Ideas project is a constructible comic book that you can edit and make your own.

As an example, I created this comic book using about 422 bricks. Its about two superhero crime fighters, The Mismatch Mechanic and her partner The Clear Constructor. The two, sponsored by the Buildable Emergency Relegation or Build-ER, try to stop their archenemy Common Criminal from escaping with stolen a gold bar. You move the story along by moving the minifigures to each panel. This story is just one of the many story you can built with this set. Thank you for looking at my idea and Please support it to make it a reality.