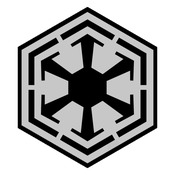 By wutton93
12 comments
I've always loved Star Wars. I grew up watching the films and getting whatever merchandise I could get my hands on, including toys, games, etc. One game series that stood out to me was the Dark Forces/Jedi Knight series, which followed Protagonist Kyle Katarn from being a rebel agent to Jedi knight and saving the galaxy. Lego has done several Expanded Universe Ships In the past, some examples include:
8087-TIE Defender
7672-Rogue Shadow
7664-TIE Crawler

I love the design of Kyle's ship, The HWK-290 "Moldy Crow" and was a little disappointed that lego never made a model of it. therefore I took it upon myself to create a model that I would want in my own lego collection, so here we are. The minifigures arn't exactly accurate representations of the game characters (requires new printing, etc) but are here as placeholders 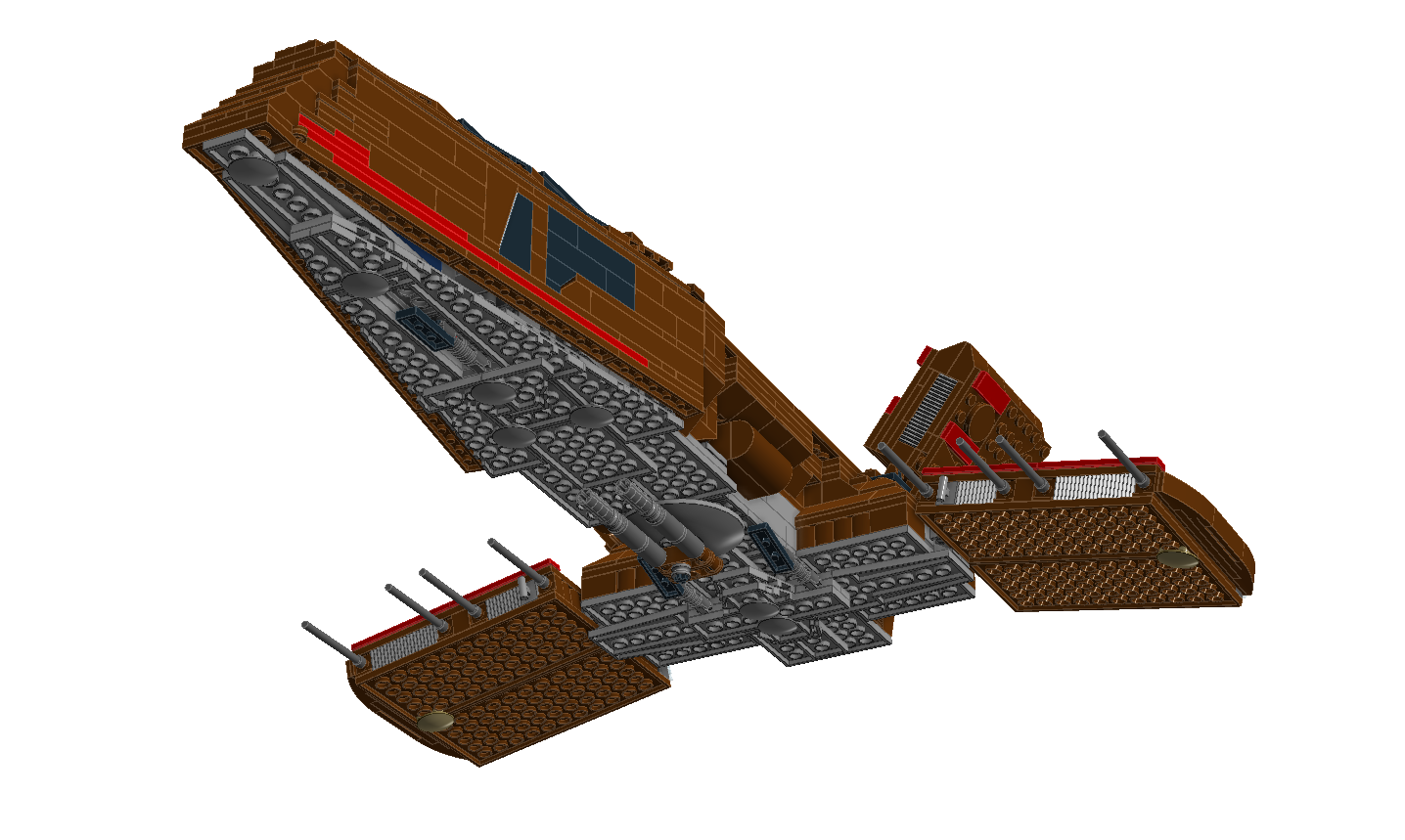 "The Moldy Crow was made from a HWK-290 light freighter, built circa 10 BBY. It was part of the Corellian Engineering Corporation's Hawk series of transports. In the hands of the Rebels, the Crow was refitted and acquired by Kyle Katarn for use during the Mission to Danuta. Kyle would grow attached to the ship, and would utilize it later in his mission to destroy the dark trooper project. More often than not, though, it was Jan Ors, Kyle's partner and mission coordinator, who piloted the ship for pick-up and drop-off. " 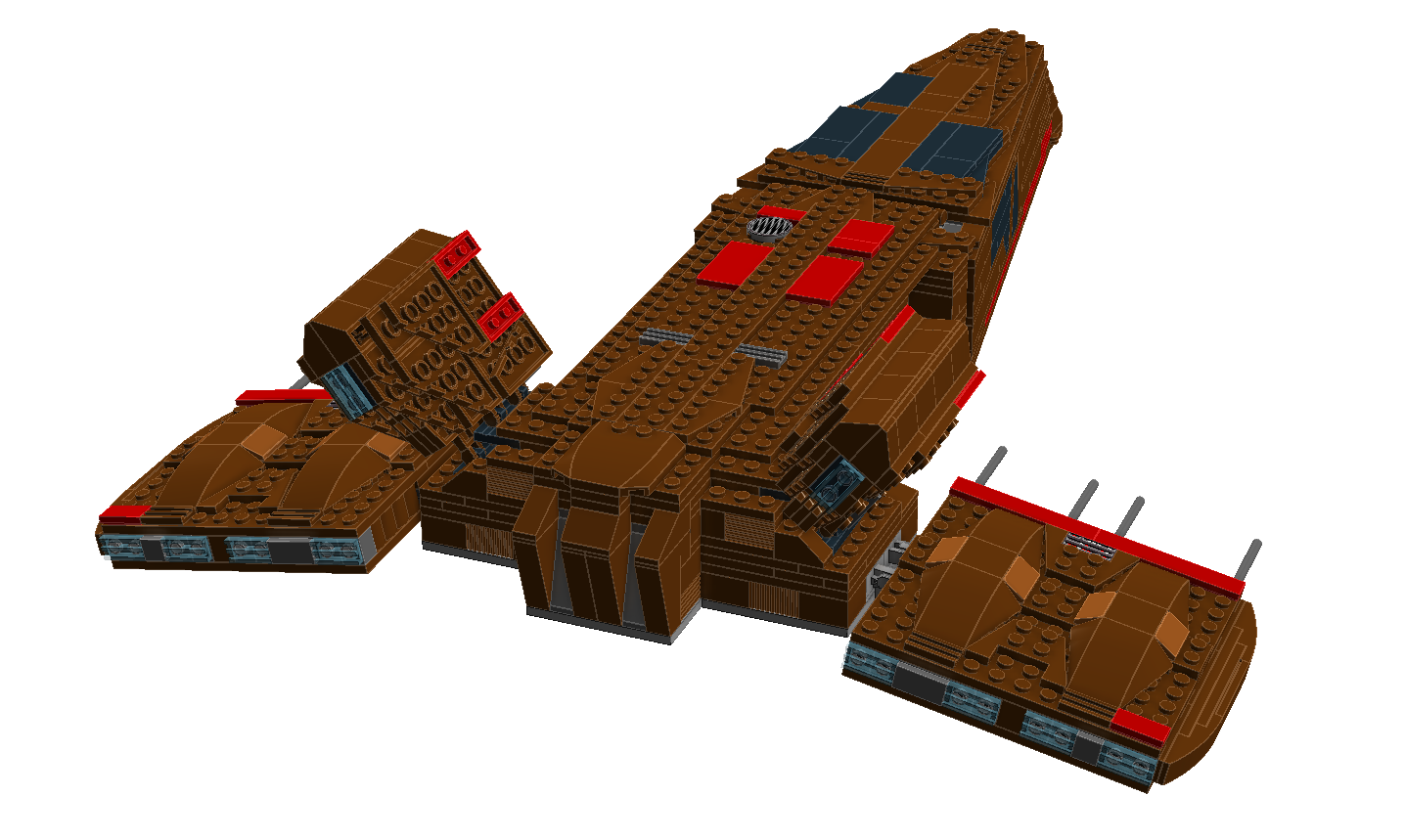 In the sequel jedi knight - dark forces 2, the Crow was captured on Ruusan by Jerec's forces and held onboard the Sulon Star during Kyle's and Jan's mission on the planet. When the Star's support systems were damaged, Kyle managed to reach his ship in the hangar and escape the disaster. However, the shockwave of the larger ship's explosion was too strong, and the Crow crashed near the Valley of the Jedi. She was soon replaced by Kyle's new ship, the Raven's Claw. 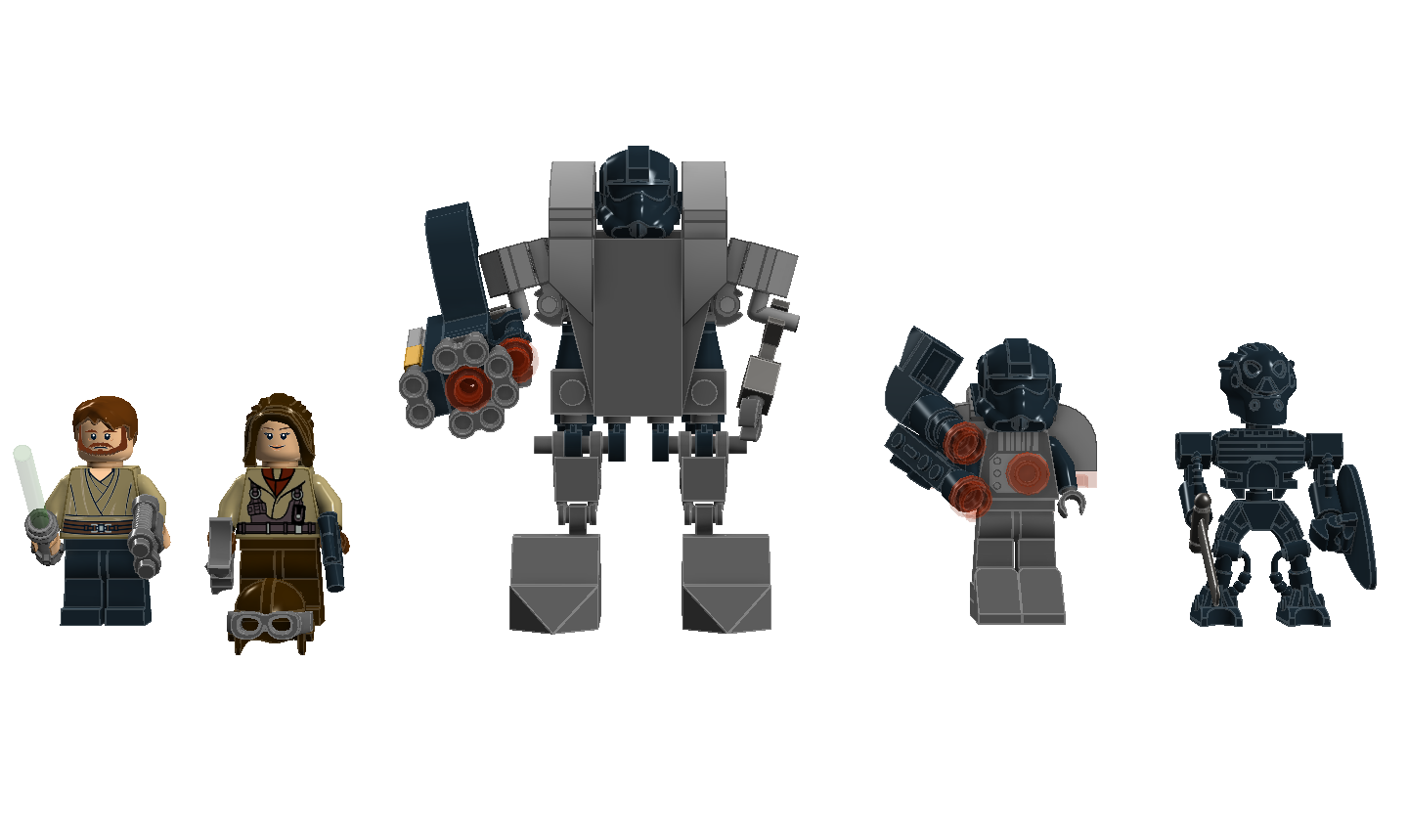 I have included several minifigures in this set. first is Kyle Katarn, Rebel Agent, & Jedi Knight. The protagonist of the series. To his right is Jan Ors, The Crow's pilot. I included for them Kyle's green lightsaber & Bryar Blaster Pistol. Jan comes with a flight cap with goggles, viewfinder, & Blaster Pistol.

the adversaries of this set are The Dark Troopers, Imperial Battle droids that pack quite a punch. They were only in the first game in the series (Dark Forces) But I always thought they were cool & menacing. There are three variants of the Dark Trooper

The Dark Trooper Phase 1 is little more than a chassis with a vibro-blade on one arm & a shield on the other. You first encounter one in the mines of gromas 16 where the empire is mining phrik, the rare metal used in the construction of the Dark Troopers. They are generally the weakest, but can be a serious threat in close quarters due to their maneuverability and agility.

The Dark Trooper Phase 2 is the most common variant of Dark Troopers. Armed with a jet pack, assault cannon, & heavy armour, they are a force to be reckoned with even though its still a battle droid. A detachment of Phase 2's under the command of General Rom Mohc destroyed an entire Rebel base and the surrounding city on Talay as a test to prove the dark troopers worth to Darth Vader as a replacement doomsday project after the destruction of the first death star.

Finally the Dark Trooper phase 3 is the strongest of the three versions, however it was only a prototype and the line was never completed. It was a droid, but could be worn as an exosuit by a pilot. General Mohc donned a Phase Three Dark Trooper onboard the dark trooper construction ship, the Arc Hammer (the final Boss of Dark Forces). This phase is armed with the same weaponry as the phase two, but has a more powerful assault cannon & armour. 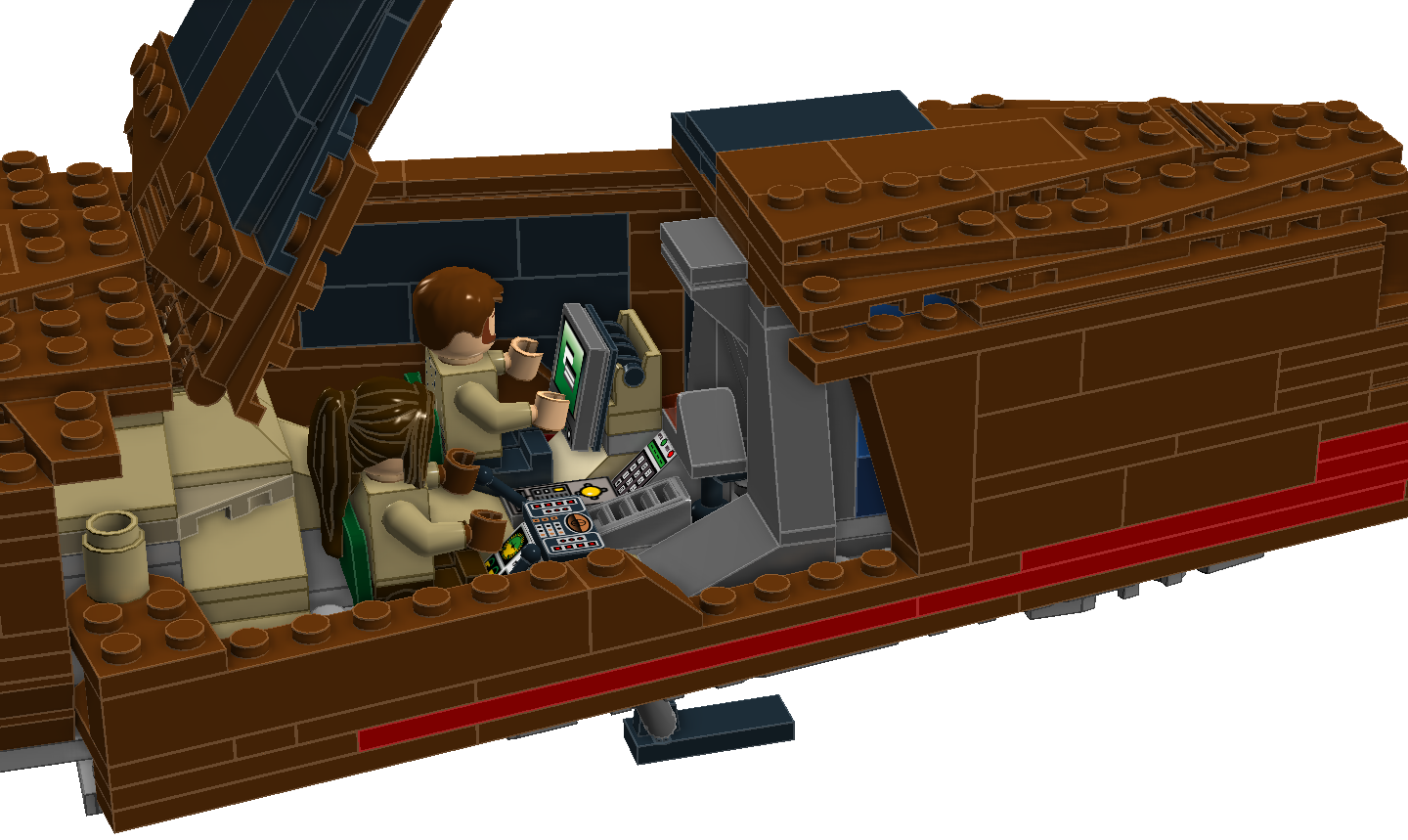 The Crow Does have a functioning cockpit for Jan & Kyle to pilot the ship. I included several printed control panels and enough room for possible weapon storage. (Note, used hide tool to give a better view of interior, top hatch normally opens and allows for placement of figures).

Given that the series stared 19 yeas ago, and that the last entry in the series was in 2003, most kids in this generation probably wont know what any of this is from. But several adult collectors would jump at the chance to get this set, also kids might find the ship cool & it would have unique minifigures.

If you like what you see than please Support this project, as I (and I hope several of you) would like to see this ship in some form as a lego set one day. Also please share this project with all your friends & social media outlets! your support is greatly appreciated!

Thank you for taking the time to view my project page!