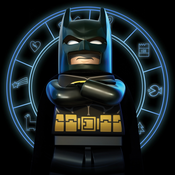 Is this really the Googleplex?

Why yes, yes it is! I based this entire model off of the Googleplex building! This took me a long time to make, but it was definitely worth every second!

Is there anything inside the building?

Yes, actually! Inside of the building is the Googleplex lobby! It has a (very) pixelated version of the Google logo, and it also has a chair and some coffee!

What inspired you to make this?

Well, Google did! After doing some research on creative and interesting building designs, I found the Googleplex! It seemed like it would be fun to build, and it was!

What is your favorite part of the build?

Undoubtedly the Google logo on the big sign! It was very fun to attempt to replicate in LEGO form, and I had a lot of fun doing it!

Why should this become an official LEGO set?

I believe that this should become an official LEGO set because almost everyone would buy it! It would generate a lot of revenue for LEGO and Google, and would be a great addition to any LEGO fan's collection!

How would you approach the set design?

I would probably have the instructions have you put up part of the walls first, then the lobby, then finish the walls and add the sign/roof.

I really hope this can become an official LEGO set! Let's get to 10,000 supporters and make this happen!