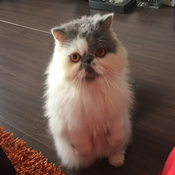 By Letitgo
28 comments
The Fire Ranger (FR) is the future of fire fighting 1st responders that needs to be self-reliant and was originally entered in a contest but adapted for SPACE.
The Fire Ranger (FR) mimics a fire hydrant that is powered by the Sun's energy generated from its solar panels, which will also be used to convert ‘air' into 'water’.
The condensed water is store in its tanks and acts as the fire extinguisher that is remotely controlled by a pilot during an emergency from the ‘Control Base’ hovercraft. The base will then hover from that location to any new location to meet back up with the module.
To move towards the conservation theme for all my builts, the playability of this ‘concept driven’ set is the 3 components mainly the ‘Converter Module', the ‘Solar Platform’ and ‘Control Base’ hovercraft.
The educational element of the set is the ‘Converter’ unit tank that attaches to the hover fans at the top and the ‘Solar Platform’ at the bottom to form the module.
It is launched from the ‘Control Base’ and this futuristic self-reliant FR unit will standby in orbit for days with the aid of the 2-hover fans and 4 directional jet thrusters, all powered by the Sun.
It comes complete with 1 Ranger Minifigure, 1 service ladder, 2 fire hoses and 4 sprinkler nozzles.
Please share and support the Fire Ranger (FR) to battle the fires of the future and to raise awareness of climate change.