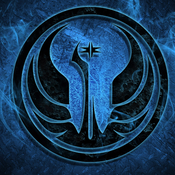 For my LEGO Idea, I wanted to build something where the person building the set could create their own story which they create. The idea includes a giat sea monster, a ship, an outpost, two forests, a farm, two mountain ranges, a dragon wathching other one of the two villages, a castle and a wizard's tower. One of my favoritte features in this set is the water fall mountain range leading into the paddle wheel attached to the castle. Another cool feature that I like is the ship being attacked by the sea monster. The weird stone structure next to the island with the outpost is a sea horse statue just for alittle bit of detail. Remember, the goal that I have in this set is for the builder to create what happens using there own imagination, and bricks, to show what happens. Do you want to create another ship to invade the land? Then go right ahead. Do you want the hunter in the forest to become the hero of the entire land? Then go right ahead. Or do you want the knight on his horse to turn around and save the family on the farm from the monsters? Then go, well you don't need me to finish the sentence because you get the point. Happy building!