Hey Star Wars fans, I've got a new project hitting the main page soon. This definitely isn't a Star Wars ship, but I thought I'd show it off anyway. Check out my projects page for more of my wacky fantasy theme if you're interested! 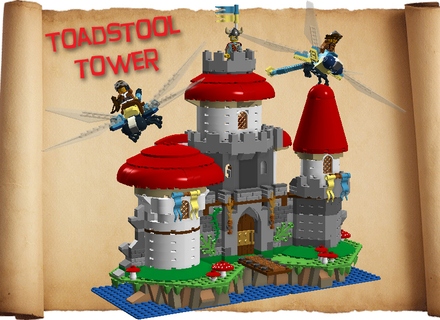 This is the model that I am most proud of, but one thing has always bothered me with the cockpit. It stuck out too far in front of the leading wing tips and threw off the attractive proportions of the original reference ship. Using Technic pieces to get a solid downward angle for the cockpit means it has to stick out a bit, but I fixed the proportions by attaching the Technic beam further back into the body. This meant I could eliminate the "neck" area from the previous version and close off the ships cabin completely from the cockpit (don't worry, I walled it off with hinge bricks so you can still access the cabin with the cockpit removed). Anyway, I like the new look, and hope you do as well! 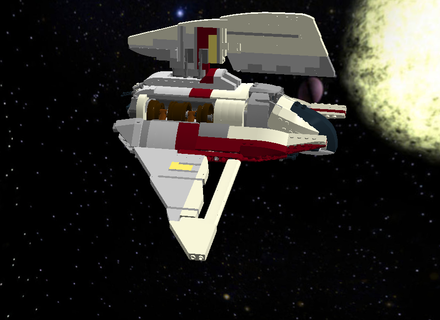 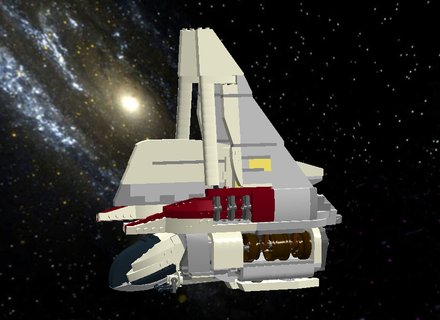 Hey everyone, I'm back with an update on the Theta's landing gear and wings. SirKobistana suggested giving the wings a little more droop in flight configuration, so I simply added a bit more distance between them and the body of the ship to allow more accurate angles. While I had the file open, I also redesigned the landing gear to make it usable in LDD. This was achieved with ball socket pieces that rest against other elements of the ship when they are deployed. As long as the ship isn't too nose-heavy, they should be stable enough to support it. 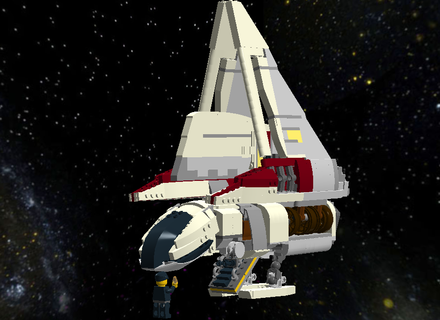 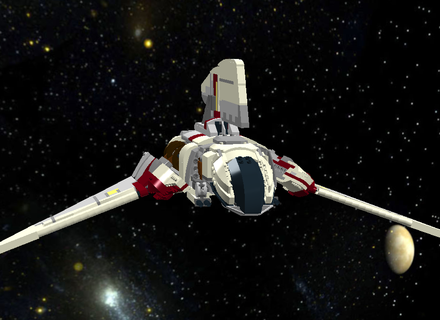 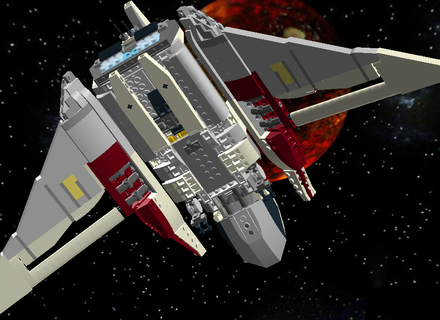 That's all for now! My next task will be to clean up the interior and add some playable features. Thank you for your support!