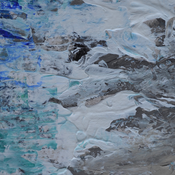 By Bubbles11
21 comments
Da da da da da Inspector Gadget...Here is an opportunity to have some fun with Inspector Gadget!
This was a favourite show growing up in the 80's and I wanted to recreate the opening scene from the original as there are many memories singing and humming along to the theme song as Gadget goes through the city buildings to get his mission and try to capture Claw who is of course no longer there.
There is the secret slot at the back of the building for Gadget to insert his paper, then you can open the trash bin, which leads to the tunnel. After Gadget emerges from the tunnel he can climb the stairs, head through a trap door where he opens the safe to get his mission from Chief Quimby.
Then you can take Gadget down through the wardrobe which drops to the level below where he runs through another door, up a ladder and through yet another trap door. Gadget can then either fly or jump across to the next city building where claw has been hiding out, but watch out! He's already gone!
Below Claw's hideout I have made a gem emporium which houses some of the world's most expensive gems. Here you can concoct a plan for Claw and Talon (from the new series) - are they trying to steal the gems for money? To melt them to make some masterful potion? But be careful because Penny and Brain are there to put Talon off his game.
Use Dr. Claw's flying car to escape before getting caught.
Talon has his Bubblegum blaster so be careful not to get stuck!
Gadget has a selection of tools at his disposal to allow for different plays and actions - magnifying glass, boxing glove, helicopter, jet pack, police light, handcuffs and the attachments can allow for any other tools you may have at home.
The original brings back memories for those that grew up with it and the new version is also enjoyable and funny for a new generation which is why I trie to incorporate elements from both versions for people to enjoy. I tried to make it interactive so people can also create different versions and 'episodes' while they play.