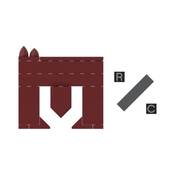 By Matthew R-C
44 comments
"Sugar. Spice. And everything nice. These were the ingredients chosen to create the perfect little girl, but Professor Utonium accidentally added an extra ingredient to the concoction, Chemical X! Thus, the Powerpuff Girls were born! Using their ultra-super powers, Blossom, Bubbles and Buttercup have dedicated their lives to fighting crime and the forces of evil!"

The Powerpuff Girls is a beloved Cartoon Network original TV series created by Craig McCracken that debuted on November 18, 1998. It was praised by critics, girls, and even boys of the 1990s and became a worldwide phenomenon, spawning a ton of merchandise such as toys and puzzles, comic books, video games, clothing and apparel, a 2002 theatrical animated movie, and more television series adaptations of the original series.
The Powerpuff Girls franchise will also be turning 25 years old in 2023, so I've decided to create a LEGO product idea to celebrate its upcoming 25th anniversary. And you can help me, too!

The only location, so iconic to wish the Powerpuff Girls a happy 25th anniversary is none other than the Utonium Residence, the home of Blossom, Bubbles, Buttercup and, of course, Professor Utonium. The Utonium Residence's scale is somewhere in between 21310 Old Fishing Store and a LEGO Modular Building set.
My product idea is solely based on the original 1998 TV series that we all know and love to this very day, and it includes 5 minifigures.
The Utonium Residence even has detachable segments and opening compartments in the Professor's lab, the kitchen, the garage and the Girls' bedroom.
Part Count:
The house's base: 847 parts
Roof cover: 68 parts
Cover for Professor's lab: 14 parts
Garage cover: 11 parts
The Powerpuff Girls' bedroom: 165 parts
Opening latch for the Girls' bedroom: 82 parts
Blossom minifigure: 3 parts
Bubbles minifigure: 3 parts
Buttercup minifigure: 3 parts
Professor Utonium minifigure: 5 parts
Octi accessory: 3 parts
Mojo Jojo minifigure: 6 parts
Mojo Jojo's blaster accessory: 12 parts (including the laser energy effect)
Total part count: 1,222 pieces

Here are a few good reasons why my concept should be made into an official LEGO product.

If you want to make a good LEGO product, then hidden Easter Eggs will be necessary! There are quite a few of theme scattered around the household.

In order for my project to reach 10,000 votes and be reviewed in time for The Powerpuff Girls franchise's 25th anniversary, I've decided to set a "personal deadline" on May 1st, 2022 or sooner. That way, it will qualify for the 1st 2022 LEGO Ideas Review. You can also help share this product idea with Powerpuff Girls fan bases all over social media, and sharing my product idea with the original cast and crew members who were involved in the 1998 TV series will even help as well!

Before I conclude this description, I would like to wish my own product idea and anyone who vote for it good luck. Together, we can reunite The Powerpuff Girls with LEGO! Let's roll!