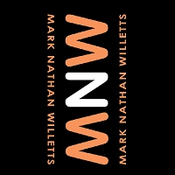 From the moment that those blue eyes of the Iron Monger lit up on screen, audiences knew that they were in for a treat. And let's face it, that battle between Obadiah Stane in his Iron Monger and Tony Stark in the much smaller Iron man suit was EPIC!

Earlier this year, I was experimenting with pieces from my box of spare Lego, from which I developed certain constructions which evolved into a basis for the Iron Monger. I refined the design over a number of weeks with a focus for translating details from the movie scenes, including a good sense of chunky mech weightiness. I balanced the detailing with a scale that falls in line with the official Hulkbuster. All pieces are Lego standard, with the helmet perhaps seeming to be an original part, but which is actually a repainted Boba Fett helmet. I could not get all of the parts in the same colour grey, and so unfortunately the fingers are silver, obviously Lego would be able to mould the parts in a single colour if my submission reaches 10,000 votes and passes the review successfully. Two hoses (as seen in the movie), are connected on the back of Iron Monger and hooked into the back of the arms for displaying the model. The hoses are removable for playability.


I think this set would provide an excellent show piece for the adult collectors, and a nice villain for children to combat their Avengers with. Iron Monger features a gatling cannon on the left arm, rocket launcher on the right arm, and moveable flight stabilisers on the back of the legs. The set would nicely compliment any of the Iron man playsets already available.

I would love for this set to reach the production stage, It would be exciting to see the Lego designers expand upon this concept and refine it further into a finished design. And I would certainly love to see photographs of how people pose and incorporate Iron Monger into imaginative scenes with the other figures and vehicles in their collection. Please take a moment to vote for this design :)

Thank you for your time,