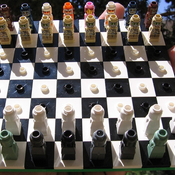 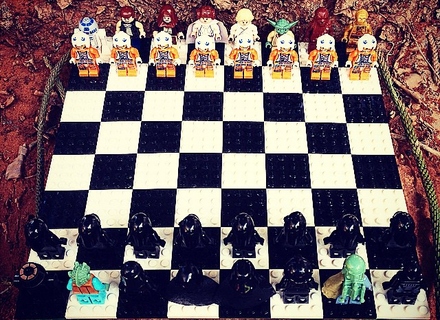 The following configuration of Star Wars characters preserves the essence of its narrative ambiance while maximizing design congruence with Chess gameplay: 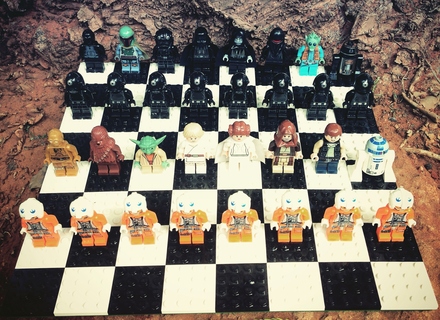 Rebels/White
King: Luke Skywalker is the linchpin of the story
Queen: Princess Leia Organa is true royalty, capable of penetrating deep into enemy lines
Bishops: Ben Kenobi and Yoda are loyal keepers of the Jedi faith
Knights: Han Solo and Chewbacca are galactic pilots riding their starship steeds, always a step ahead of their enemies
Rooks: R2D2 and C-3PO's mechanical moves protect the King (Luke) by castling if necessary
Pawns: Rebel pilots are expendable in the quest to destroy the Death Star, but only one needs to succeed to win the game!

Imperials/Black
King: The Emperor is the scheming mind behind it all, awaiting the final confrontation with Luke
Queen: Darth Vader is a powerful Vazier plotting destruction across the Galaxy
Bishops: A Royal Guard for the Emperor, an elite TIE Fighter Pilot escort for Vader
Knights: Boba Fett and Greedo are mercenary pilots who show up in unexpected locations. In this game you get to decide who shot first!
Rooks: R5-J2 and Protocol Droids provide a mechanical counterpoint to the rebellion
Pawns: Death Star gunners are ready to shoot down incoming Rebel pilots 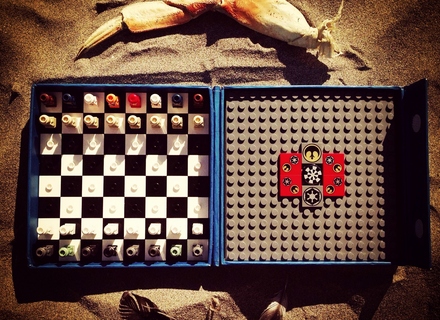 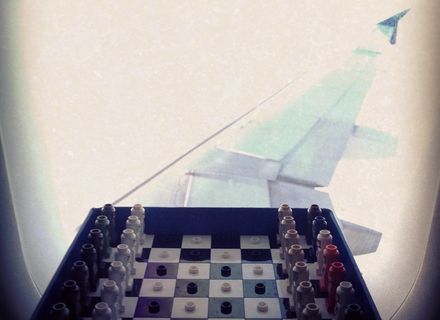