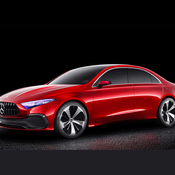 The RAH (reconnaissance and attack helicopter) 59 Aurora is a helicopter designed mainly for scouting missions. It is armed with 2 machine guns which are placed under the stabilizers on either side of the helicopter. There is a shaft at the rear that when turned it activates a few gears and that turns the rotor blades. the tail can be moved downwards to help with turning the shaft.

The helicopter has been sent on a scouting mission. However, it is encountered by two opposing guys on hoverboards. You can continue the story...

Thanks for taking a look at my project!