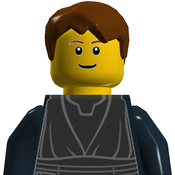 "You had your time, you had the power,
You've yet to have your finest hour,
LEGO!"

This model is inspired by music video of “Radio Ga Ga”, released in 1984 - it is probably one of Queen's biggest hits. I made this project to honor one of the most popular bands in the history of music. I think that there are lots of fans that would love to have such set in their collection.

There are 4 minifigures in this set:

The first part of this set is a vehicle that was used in music video of "Radio Ga Ga". It contains speakers and a piece of paper with some notes made by Freddie Mercury (He had such thing while the band was making the video). The second part of model is a clock also from the video. It is connected to a plate for all minifigures, which looks exactly like this one from the video.

Comments and ideas are appreciated.